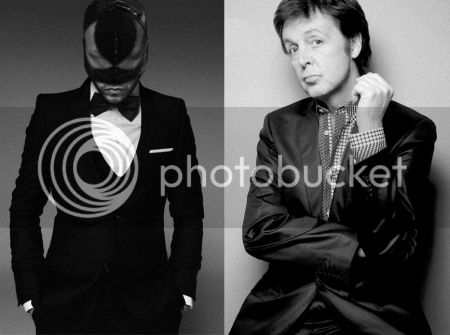 With the recent blow up in popularity the EDM scene has experienced as of recent, it seems like every major artist has been trying to work with the industry’s top electronic producers to make some great and memorable music. But I think anyone would be surprised that legendary Beatles member and second-to-none musician, Paul McCartney would end up putting his two cents into the mix. That’s right, the Paul McCartney will be featured on a track produced by the multi-talented, Italian electro producer Sir Bob Cornelius Rifo, or more commonly known as the Bloody Beetroots. The song is titled “Out of Sight” and is set to release on June 18th! Not much is known about the mysterious and highly anticipated track outside of a 30 second preview that only contains about 20 seconds of actual music, but hopes are definitely set high. Considering the Bloody Beetroots is one of the best EDM talents to come out of Italy in musical history and that Paul McCartney’s musical genius is practically acknowledged as a scientific fact by the world, I for one, am extremely excited for hear “Out of Sight” in its entirety very soon! If you want to give you ears a teaser of the impending greatness coming next Wednesday, listen to the preview below!