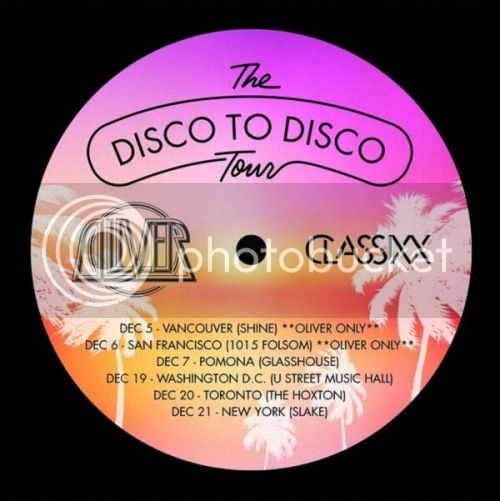 OLIVER and Classixx have announced six stops on the Disco to Disco Tour. Unfortunately for Classixx fans, the LA-based duo will miss the first two stops in Vancouver and San Francisco but will join OLIVER in Pomona, D.C., Toronto and New York.

Dates and venues for the Disco to Disco Tour are below.  Tickets haven’t gone on sale yet so check out Songkick for more information for each stop.