HomeEventsEvent Review: The Sound Of Q-Dance Returns to Los Angeles For Round...
Events

Event Review: The Sound Of Q-Dance Returns to Los Angeles For Round 2

Q-Dance made its return to Los Angeles Saturday, March 8th and did not seem to lose any of their over-the-top touches. The night was well-received with a packed crowd of passionate hardstyle fans at The Shrine. There had been a great deal of hardstyle love at the first Q-Dance get-together, but nothing compares to how big the love was this time. With amazing visuals, a monstrous set up, and a stacked line up of talents, there was no stopping the music, and there was no stopping the Los Angeles’ harder tribes either.

The night began pretty early with some fresh faces to the Q-Dance stage, Mr. Skeleton hit the decks and warmed up the crowd pretty well with a mixture of hardstyle and electro beats. Then, Sylence hit the stage and gave a mind-blowing set which included his stunning remix of Deorro’s ‘Yee’ that got the crowd jumping. As the night grew later, the bigger the crowd and the acts were. Lady Faith had stepped up and began to show the harder tribes a grand set, proving girls can go just as hard as guys at The Sound Of Q-Dance. She wow’d the crowd with her track ‘Moxie’ and got them even rowdier for the rest of the evening. Next was the Dutchman Wildstylez who earned a spot on the ‘Dj Mag Top 100’ in 2012 and has since teamed up with the biggest hardstyle producers on the planet. He put on a great set that included his controversial track ‘Boogie2Nite’, which has similar chords to  Deadmau5 ‘Ghost N Stuff’. Despite the fact, it was an insane track in Wildstylez’s set that got the fans going bananas.

The rest of the night contained huge treats from the biggest hardstyle producers out there. Brennan Heart stepped on stage and made his presence known by throwing down with his fans’ favorite tracks. This included the Wildstylez collaboration ‘ Lose My Mind’ which was uplifting enough to take the crowd into a state of euphoria. After the set, the crowd wanted more. They received it in the form of Frontliner, who put on a fantastic melodic hardstyle set. The tracks included were ‘You Got Me Rocking’ which gave a exquisite synth-filled sound and a great sing-along segment in his remix of Ryan Lewis and Macklemores’ ‘Can’t Hold Us’. The popular track brought a hardstyle roar as a sea of people sang to the lyrics. The night ended off right with the Scantraxx Record Label owner, The Prophet. He brought the house down with his original and unique tracks from his years of experience in the genre. His recent release ‘H3Y’ was perfectly timed with its hard bass and it’s taunting lyrics to finish the crowd off once and for all. “Are you out there still with me?” was the perfect phrase to hear for The Prophet’s ultimate ending set.

The night, overall, was a hardstyle gathering to remember. From MC Villian’s shouts of “Jump like Michael Jordan” to the amazing setup that overtook The Shrine, there was no end to the madness. It’s safe to say that The Sound Of Q-Dance brought another night full of great fun and memories that will last in every weekend warrior’s heart. While hardstyle may be one of the lacking genres in North America, The Shrine, it’s fans, and Q-Dance completely erased that idea for one night to prove that hardstyle is here to stay. 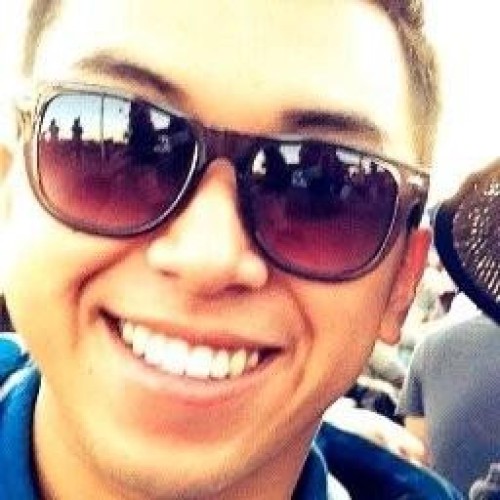