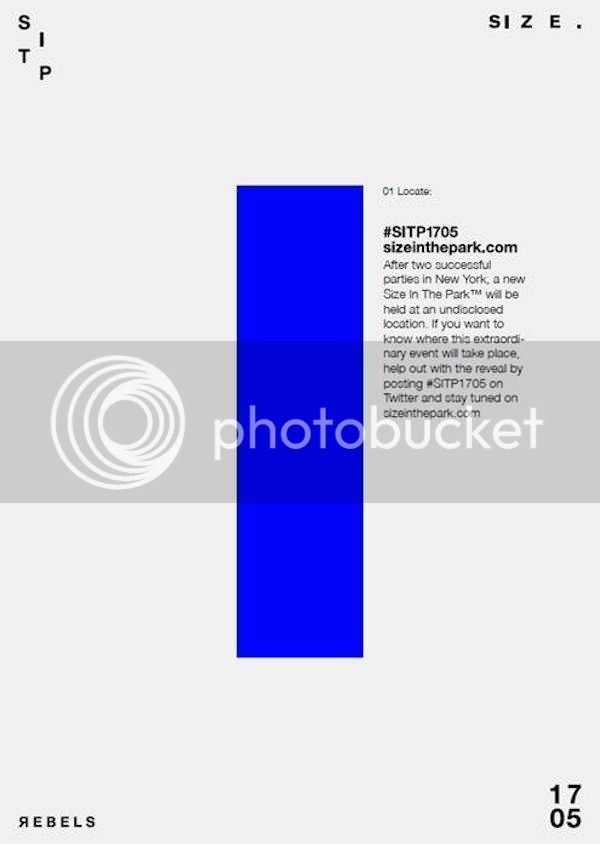 Label boss at Size, Steve Angello, is having one hell of a 2014. After breaking up with Swedish House Mafia a year ago, Angello has been like a freight train rolling through the year with new productions and celebratory shows. In just the past month, the Size label head celebrated ten years of Size by throwing his huge #DECADE show at the RC Cola Plant in Miami, giving away the entire label’s catalog from releases 001-100 for free. He capped it all off by playing an epic set at Ultra Music Festival chock full of new productions. This is just the beginning though. Even after a busy month like March, Angello is keeping his momentum moving forward and rolling through 2014 with even more to keep his fans on their toes. Recently, Angello has announced the return of his third annual SIZE IN THE PARK show on May 17th. After successfully being held in Central Park’s Rumsey Playfield for the past two years, this year’s location will remain a mystery to fans. The only way to uncover the undisclosed location is for fans to tweet #SITP1705 starting April 15th. With each tweet, the map on sizeinthepark.com will zoom closer until the number of tweets reaches 10,000, revealing this year’s city and venue for this year’s show.

Since it’s debut in 2012, Size in the Park has proved to be one of the most anticipated shows of the year, and there is no doubt that it will be nothing short of unforgettable this year as well. With a show as exciting this one on the way, and an equally anticipated album set to be released this year as well, Steve Angello is more focused now than ever. Check out the Size in the Park video below and start tweeting away!
Tweet
Share
Pin
Share
0 Shares
Share
Facebook
Twitter
Pinterest
WhatsApp
Previous articleHouse Music – Adventures Down The Rabbit Hole 21 [Melodic & Tropical House Edition]
Next articleLane 8 – Every Night