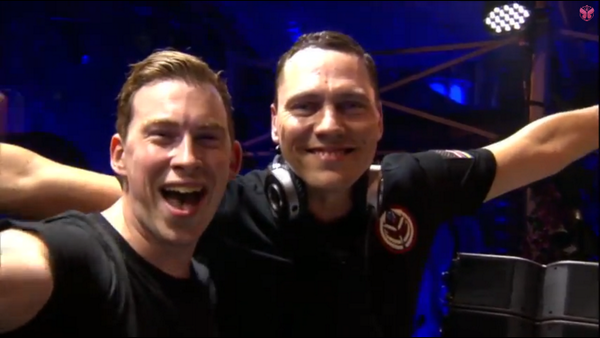 While there are many special moments to take away of this year’s instalment of Tomorrowland, one of the most memorable had to be the back-to-back performance featuring past and present number 1 DJ’s Tiesto and Hardwell. While they may just be a couple of pals from Breda to each other, to all of the people in attendance, they are two of the biggest icons in dance music joining forces for a once in a lifetime show. The Dutch producers cranked out an action-packed 30 minute set that featured some of their greatest hits such as “Spaceman”, “Adagio For Strings” and “Dare You”. Another highlight of the performance was when the ‘076’ guys drop their brand new collaboration, “Written In Reverse”, which is featured on Tiesto’s latest album A Town Called Paradise. Just before the end of the set, Hardwell states that this is the first time the two have shared a festival stage and after watching this video, there is no doubt that you’ll be praying this is not the last.

Nick Benner
#1 Canadian at EDMTunes. I like to write about dance music, but I spend most of my time writing papers at Brock University.
RELATED ARTICLES
Events