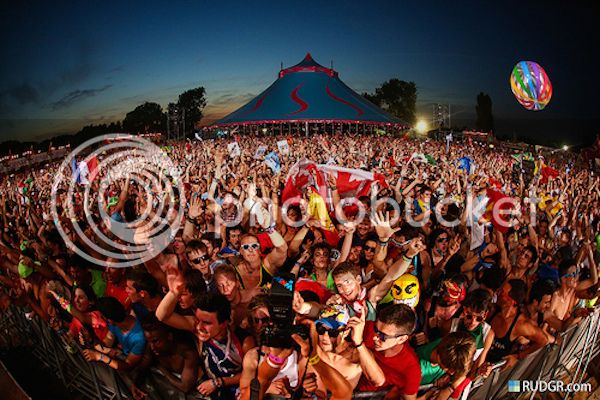 If you were like us yesterday, then you sat at your computer chair captivated by the official TomorrowWorld video showing off the new volcanic mainstage. And, if you’re still like us, then you were sitting there, shocked, that ID&T was going to follow in the footsteps of Made Event in banning Camelbaks from entering the hallowed grounds of Chattahoochee Hills. Well, the EDM community came out in full force opposing the ban, and the powers that be have spoken: ID&T has reversed the ban on Camelbaks. Pictures are starting to make their way around the Internet of email correspondence with the TomorrowWorld team that shows them talking about the ban, as well as the removal of the Camelbak from the official “do not bring” item list under the TomorrowWorld FAQ. Along with your Camelbak festival-goers will be allowed to bring in one factory sealed bottle of water.

We have spoken at length about what kind of adverse effect this will have at this year’s Electric Zoo, and now ID&T has taken a step to show that the ruling may be too arcane for actual practice. If the ruling had stood, it would have put us ravers, in a lose-lose situation.Alone, if we wanted the rule to be overturned, it would almost undoubtedly come from too many overdoses/cases of dehydration/heat strokes/or deaths resulting from dehydration. If everything goes over swimmingly at Electric Zoo, then the rule would have stayed in place for TomorrowWorld and, possibly, would become standard procedure for future festivals. But instead of trying to force arcane practices on it’s paying customers, ID&T listened to their fans and reinstated an item that is a key component to the lives of thousands of festival-goers. TomorrowWorld, from all of us to you, thank you for letting us bring in our Camelbaks, and we looked forward to raging with you at the end of September.