HomeMusic NewsWatch Above & Beyond Answer Questions, Then Go See Them on Halloween
Music News

Watch Above & Beyond Answer Questions, Then Go See Them on Halloween 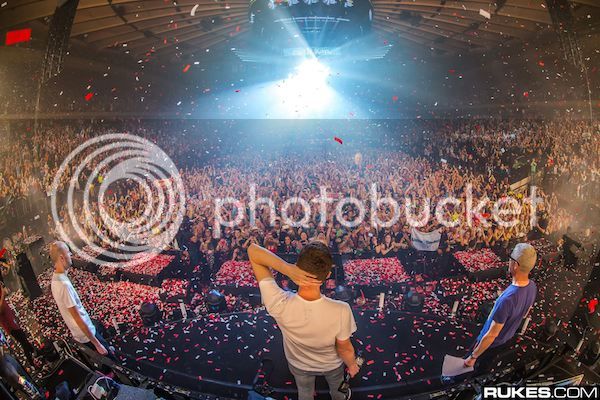 We’ve done a fair bit of coverage on Halloween events on EDMTunes the past few weeks and rightfully so. Few holidays in the year make for such an ideal night to go to a show. Costumes make everything more enjoyable, and that goes double for a dance music show, where the crowds these days are already typically adorned in an eclectic mix of varying amounts of attire. You got your Skrillex in San Francsisco, Adventure Club in NYC for Pier of Fear, and Hard Day of the Dead in Southern California. But perhaps one show that is getting overlooked for some odd reason is Denver’s Hallowfreaknween, featuring the mighty Above & Beyond. And we’re here to tell you to stop.

Tony, Jono, and Paavo and a little Group Therapy on actual Halloween night -at a fairly intimate concert hall at that (The Fillmore Auditorium)-  is undoubtedly a must see event. Coming in hot from their sold out and magical ABGT100 performance at Madison Square Garden, Above & Beyond will now grace a stage for a group of people a tenth the size on one of the funnest nights of the year. Group Therapy, indeed. Not to mention, the trio have just announced their third artist album, We Are All We Need, and the set will surely feature a handful of tracks from it. One of the biggest acts of our little dance music generation, two weeks after their biggest show ever. Denver, you are one lucky town.

Above & Beyond also released their Google Talks sessions today on Youtube, during which they answered a wide array of questions, ranging from future plans for ‘Making Plans’ (YES IT IS ON WE ARE ALL WE NEED), how their unique messaging tradition came about (thanks Paavo), how ABGT100 took flight, and many more. Check it out above, and then if you’re anywhere near Denver (or Florida and Massachusetts, for they have shows their this year as well) this weekend, buy a ticket to Hallowfreaknween.