Feed Me and Deadmau5 Bond Over New Spor Album 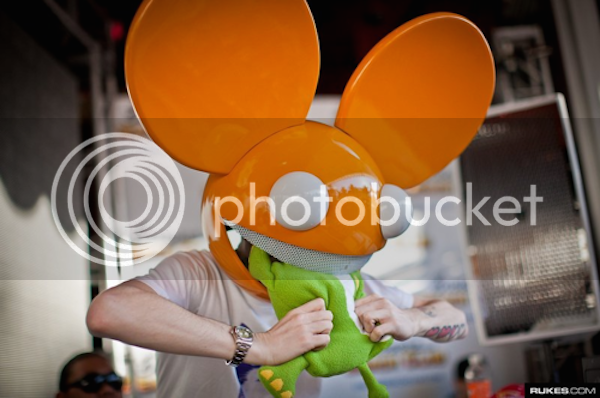 Some of our fans have griped about the amount of coverage we give Twitter rants; this is one of those times that you will thank us. Feed Me took to his Twitter earlier to let us know one simple thing: he will be mastering an album as Spor. But that wasn’t the end; he then went on a rant about the EDM industry as a business, and our trusty friend Deadmau5 got involved. Now, if you remember, we sat down with Feed Me back in August at the beginning of his Teeth Tour in NYC. During the interview we learned that Feed Me, the artist, is a man who is extraordinarily passionate about his music, and takes great pride in everything that he does, and cares little about the business side. He had a few things to say about the business aspect of EDM, but when asked what his interaction was with Deadmau5. He stated that:

“I haven’t heard from him [Deadmau5] in a long time. I’ve seen him pop up on Youtube and Twitter now and again buying people coffee…but I heard some of his new album and I liked some of it but I’m not working with Mau5trap anymore and just been focusing on my new label (Sottoe Voce)”

We only highlight this so that we may give a bit of context to the flurry of tweets below. Fast forward to earlier this week when this exchange occurred:

This was Friday. And on Monday, Feed Me started sending out these tweets.

It’s been a long time coming, but it feels right now.

I stopped D&B because I wanted more musical freedom. But also because it’s a scene monopolised by greed

I watched label bosses headline over their own premiere acts on launch day, got told I was lucky to get paid at all — Feed Me (@feedme) October 21, 2014

I watched annual awards go to the same old people, and new talent get slung into manipulative contracts that squashed their careers — Feed Me (@feedme) October 21, 2014

Then Deadmau5, as Feed Me’s former label head, got involved, and the two went back and forth.

@feedme oh stop, we let you drive the cherrypicker.

Frustrating to have a scene you love coupled with a business sense you hated. On the other hand @mau5trap set me free, real world ethics

@feedme glad we’re doing our best to be fair. i dont give a fuck for money for work i didnt do myself. it’s a privlg putting your stuff out.

To clarify, I have zero interest in ‘EDM’, and I’ve always felt that Joel signed me because I was interesting. Hopefully that’s the point — Feed Me (@feedme) October 21, 2014

How did this all end, you may ask? A little like this:

@deadmau5 sending zip next week keen for notes on what sucks

@feedme i’d put out any of your DnB without listening to it, i still havent heard a spor track i didnt like. — deadmau5 (@deadmau5) October 21, 2014