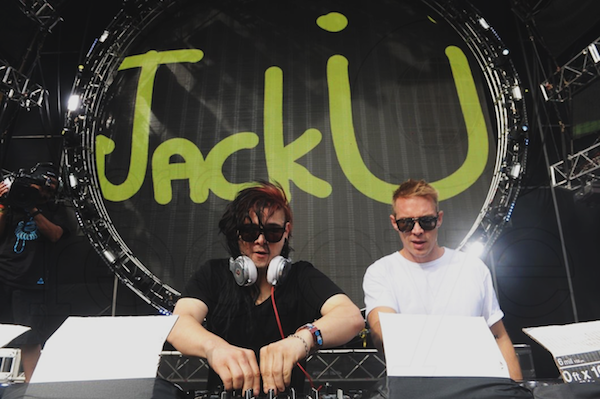 JACK Ü took over the BBC airwaves for last night’s episode of Diplo and Friends and the result was nothing short of a two-hour frenzy. The set showcased the ever-eclectic styles of Diplo and Skrillex, morphing from dub, to dancehall, to trap, to hip-hop, to peanut butter jelly time and just about everything else in between. Dropping countless ID’s in the mix, the sample heavy set relentlessly showcased the best in each superstar’s artillery.

Drawing on JACK Ü staples (Mr. Postman, anyone?), the show progresses into new and unreleased material from the duo – ‘Jungle Bae’, ‘Cumbia Maluca’, an upcoming release with bass producer, SNAILS, and JACK Ü’s latest production with 2 Chainz: ‘Febreeze’. The mix also teases Diplo’s new collaboration with DJ Snake, a fresh ‘Recess’ VIP and Yogi, ‘Burial’ remix from Skrillex, and multiple other ID’s from Sonny and Diplo – both together and separately. In its climatic end, fans are given an unbelievable mash-up of ‘Cinema’ and ‘Get Free’. Headlining Madison Square Garden this New Year’s, 2015 is slated to be a huge year for the unstoppable super group. Set aside two hours to sit back and listen to the JACK Ü takeover in its full glory.