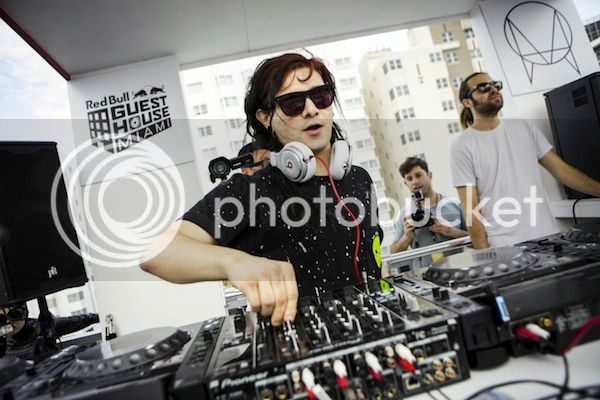 We’ve already seen some wild videos for ‘Ragga Bomb’ and ‘Try It Out‘, and now the most minimal track from Skrillex‘s debut album, Recess, is following in their footsteps. Although ‘Fuck That‘ might not be as intense as the tunes previously mentioned, that doesn’t mean its music video is any less action-packed. Directed by the critically acclaimed Nabil Elderkin, it tells the story of a fighter that has recently been released from prison. Unfortunately, the protagonist, who is played by French actor Saïd Taghmaoui, finds himself in trouble yet again before a dark, supernatural ending. Elderkin has worked with some of music’s most notable figures and his videos for Kanye West’s ‘Mercy’ and Frank Ocean’s ‘Swim Good’ have even been nominated for MTV Video Music Awards. While we have no clue whether or not this particular project will receive the same recognition, we can only hope that this isn’t the last time the two collaborate.