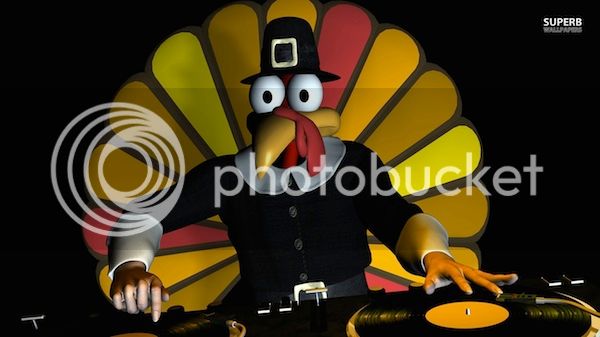 From our EDMTunes family to yours, happy Thanksgiving! We hope you’re all spending time with family, watching some football and filling your bellies with copious amounts of food. Speaking of food, nothing says Thanksgiving like a big, fat turkey. November is not the only time we’ve had some bird sightings though, as the dance music community has seen its fair share of turkey moments in 2014. For those of you wondering what a turkey is, we’re defining it as someone or something that has committed a stupid act over the course of the year. Since stupidity can come in all shapes and sizes, you’ll see that there are a variety of ways to land yourself on this infamous list and we will be sure to justify the reasoning behind each inclusion. So, without further ado, here are our top 10 turkeys of 2014.

Kicking off the list, we have dance music’s hottest young star, Martin Garrix. The Dutch producer has gone platinum in 8 countries, headlined some of the world’s biggest music festivals and the most impressive part: he’s done it all before his 19th birthday. That being said, you’d think that with his estimated net worth of 14 million dollars, he would be able to purchase his own software. Unfortunately, deadmau5 recently tweeted a video that shows Garrix using pirated music production software. World-renowned artists should be able to pay for their own tools and for that reason, Garrix finds himself at the 10-spot. Some might think that this is a turkey move on the mau5’ part, but as you will see later on in the list, this isn’t the first time he’s picked on the teenager.

After reading this name, a lot of you might be thinking to yourselves: ‘Who is this DJ and why have I never heard of her?’ To answer your questions, she is not a DJ and you probably know her better as the girl who ‘puked the button‘. We’ve all dreamed about having Tony, Jono or Paavo call us up on stage to be a part of the magical tradition, but Woolard pretty much did exactly what one shouldn’t do when chosen to push the button. The good news is that she now has a great story to tell at parties. The bad news: Above & Beyond now needs some new equipment and she has landed herself on our list of turkeys.

SoundCloud has seen its fair share of controversy over the course of the year, but when one of dance music’s biggest figures attacks you, you know you’ve done something wrong. That’s exactly what happened when Kaskade reamed out the music platform after they took down over 70% of his content due to copyright issues. The beloved producer ended up expressing his feelings through a lengthy Tumblr post and even thought about creating his own music portal. This is not the only time SoundCloud’s flawed ‘automatic content protection system’ has done some damage though, as LooKas, deadmau5, Azealia Banks and many more artists have also had problems with this particular turkey.

Although it’s hard to hate on the panda-loving producer, he had quite the Twitter rant back in July that left us scratching our heads. According to Deorro, his agent wasn’t given any food tokens at Tomorrowland, but another artist who was playing the festival was given 9 without a problem. He then took to social media to voice his frustrations, stating that he just wanted to make sure his guest was properly fed. Like we’ve seen him do time and time again, deadmau5 added his two cents, implying that Deorro should makes enough money to pay for his own food. In the end, we understand where he is coming from, but Deorro, who admitted that he was drunk at the time, did not have to be such a turkey about it.

Just like Deorro, MiMOSA also threw a little bit of a tantrum back in the summer. The only difference was that the he decided to take it a step further by doing it in real life. The Oakland producer went over his time slot at Houston’s Mystic Music Festival and when Downlink, who was scheduled to perform next, started setting up, he ended up getting a Grey Goose shower. It didn’t end there though, as MiMOSA also began shouting‘F**k Downlink’ into his microphone before being removed by security. Downlink ended up voicing his disappointment via a Facebook status and even stated that he felt ‘bad for the guy’. Ladies and gentlemen, that is how you maturely handle a turkey.

We’ve already seen SoundCloud make it onto the list and it’s now time for the second non-human turkey. Toronto has one of the best ‘scenes’ for dance music fans, which is why its residents were heartbroken when they found out that the city chose to ‘ban EDM’. Although this ban only applied to public facilities, it caused uproar due to the fact that Dada Life was scheduled to perform a special ‘Dada Land Compound’ show at a venue impacted by the law change. Eventually, city councillors had some common sense talked into them and the ban was lifted. While the city may have redeemed itself by reversing the ban, it can’t reverse the turkey status it held from April 11th, 2014 – May 8th, 2014.

One of the first things you learn as a child is that stealing is bad. Apparently, Oscar Wylde and Vegas Banger never learned that lesson, as they have been accused of ripping off other artists’ productions on multiple occasions. First off, they made a ‘bootleg’ of ‘CoCo’ by O.T. Genasis, but forget to mention that Jackal’s ‘Chinchilla’ was also featured in it. Less than a week later, the guys followed it up by releasing a remix of Rae Sremmurd’s ‘No Type’ that sounded a whole lot like ‘Tony’ by LOUDPVCK & gLAdiator. Although Thanksgiving has a lot to do with generosity and sharing, we don’t think the producers previously mentioned expected turkeys to feed on their music.

The Chipotle-lover has had a couple run-ins with police this year, but that’s not why he found his way onto this list. During his HARD Summer performance, Carnage yelled out three words that any artist playing HARD Summer shouldn’t yell: ‘F**k Gary Richards’. For those of you who don’t know, Gary Richards is the CEO of HARD and it’s common knowledge that if he has invited you to play his festival, you probably shouldn’t curse him. While initial reports suggested that he was angry because his set was delayed due to rain, Carnage said that the boss was trash-talking him and his crew. Regardless of the reasoning, this childish tantrum was unnecessary and it has landed Papi Gordo on our list of turkeys.

Since we don’t want to jump to conclusions, Kris Trindl, Jahan Yousaf and Yasmine Yousaf are all guilty of being turkeys. Ever since news first broke about Rain Man suing the sisters, the whole dance music community has been waiting to hear the full story. Unfortunately, both sides have kept their mouths shut and when we thought we were going to hear some sort of official announcement from the remaining members of Krewella, they just ended up premiering a track that has been met with mixed reviews. This soap opera has gone on for way too long and if we don’t hear some answers soon, our appreciation for Krewella and Rain Man might be done like dinner.

If you thought that you would see someone else atop this list, you need to do a little research. Joel Zimmerman is one of the biggest turkeys in the entire music industry and the best part is that he’s proud of it. Although there are so many incidents to chose from, it’s hard not to pick his legendary troll that broke the internet before Kim Kardashian popped her bottle of champagne. On Saturday, March 29th, 2014, deadmau5 took to the Ultra Music Festival main stage and dropped McMaNGOS’ ‘Funnymals’ edit of Martin Garrix’s ‘Animals’ on the unsuspecting crowd. Since the event was also being live-streamed, social media exploded and the video went viral within minutes. While people will still debate whether or not it was a harmless prank or a personal attack on Garrix, there is one thing we know for sure: this incident was the ultimate turkey move.

Did we miss anyone? Let us know your biggest turkeys in the comments below!