After this legendary year Marcus Schossow has had, it won’t be an easy feat for the Swedish DJ/producer to top in 2015. Having toured the depths of the earth at almost every city known to mankind under his new management team, Marcus is looking to bounce back bigger and better than ever.

With a whole new concept and vision in play, Marcus will be embarking on a back to back, coast-to-coast, tour alongside Sebjak on January 9th. Backed by a completely reinvigorated monthly radio show and a newly-launched record label ‘Code Red‘, Marcus’ intentions of bringing ‘real house music’ to the forefront of our generation looks inevitable. So make no mistake, this may be a mini-tour but it will be jam packed with Schossow’s biggest sounds and grandest performances.

“Codered is a place where i will put all my visions and dreams into reality.“

Marcus has always been about his fans, as made clear by how he’s handled himself on tour in the past, and as he prepares to embark on this fast and furious Code Red tour, he’s making it clear that these big shows are so memorable because of the unity and sense of family created by the crowd, as they connect with the DJ on stage and all share in a beautiful collective experience.

“Its not just about the music, its about us, being all together in one place where our creativity and love for what we do can inspire other young hearts out there.“ 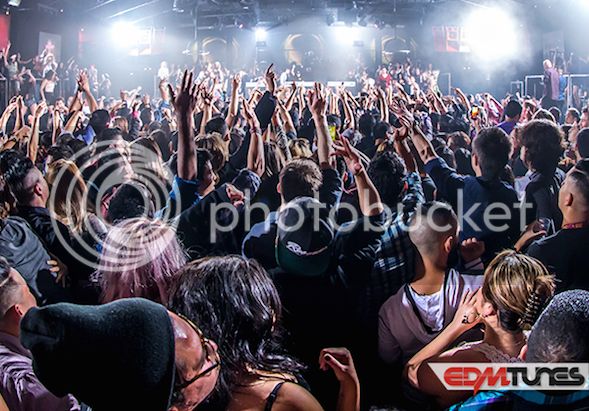 While that sense of unity will be very evident during the Code Red tour, that’s not where this mission stops. Marcus has bigger goals than that. Much bigger. The idea extends to way of life, and a universally felt love for house music. Think along the lines of the way Armin’s ‘A State of Trance’ army has proliferated around the globe, or how Above & Beyond have added thousands upon thousands of people to their extended family tree with ‘Trance Around the World’ and ‘Group Therapy’; that’s what Code Red will initiate. That’s the kind of power music can have over people, and the house world will gain another unifying umbrella. Possibly the biggest.

“Its a family affair, despite that some of us will be from Sweden, India, Australia, Italy, Brazil and so on. I believe we all need each other, no matter where you from and what you look like. CodeRed is going to be the biggest house community on earth in a couple of years with the team we have today.“

So get hype ladies and gentlemen. 2015 is going to be a big year for everyone in the dance music scene, and Schossow intends on having one of the biggest. The ambition is commendable, the goals are jaw dropping, and the people that going to make it all happen are beautiful…and that’s all of you. Tour dates are posted below, but there will be more to come, so keep in touch with us for the latest updates and info on all things Code Red. Enjoy what’s left of 2014 everyone, just be ready for it to become a distant memory after this new years kick off tour.