HomeMusic NewsDiplo Speaks Out On His Shift Away From Major Labels In New...
Music News 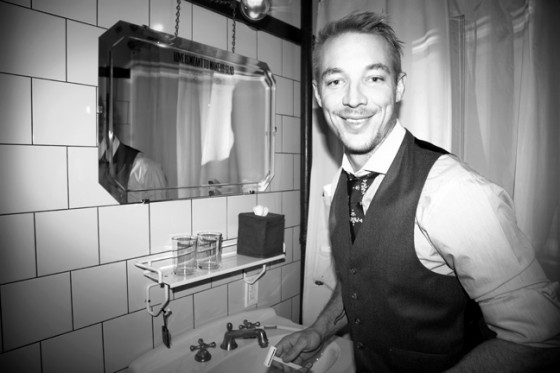 In an age where major record labels have seemingly taken over the musical landscape, there are independent artists out there that have made a killing without the massive exposure of a major label. In a brand new exposé with GQ, the Mad Decent mob boss, Diplo, discusses his shift away from the big boys.

Currently reaping the rewards of being in the upper-echelon of producers, along with the massive success of his own record label, Mad Decent, Diplo is “investing in himself” and shifting away from the tight grasp of major labels. He goes on to explain how record labels end up crawling to the artists for ideas, videos, and marketing; “we [artists] are better at it than they are, so why contract onto a major label?” The simple answer, money. Diplo believes up-and-coming artists should be looking for investors, venture capitalists of sorts, that are willing to seed the upfront costs of launching an album. Look at Drake for instance. Coming up Drake was in need of an investor and whoever believed in him, definitely cashed in on his massive success. And like Diplo says, “[we] aren’t just putting out a f**king new vacuum cleaner or some sh*t. [We] are putting out awesome music that’s gonna last forever.”

To check out the full Q&A sesh, hop on over to GQ!