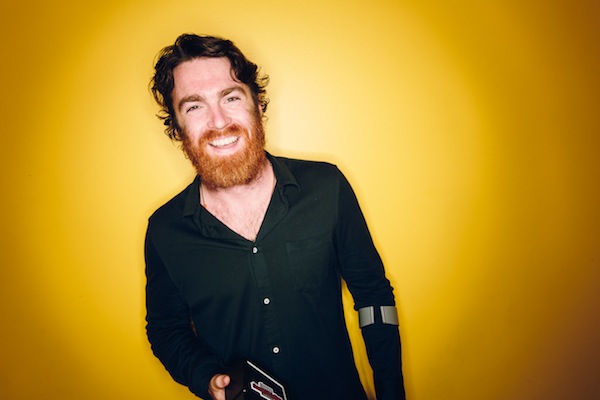 Melbourne’s very own Chet Faker has unsurprisingly accumulated yet another award. The 26-year old Australian electric-soul artist has received the number one spot on triple J’s Hottest 100 for his single “Talk Is Cheap“, which was released in January of 2014. Faker (born Nicholas Murphy) has not one, but three singles that fall into triple j’s top 10 on the list. “Gold” settled in at number 7, while “1988” followed in just one spot behind at number 8. He joins fellow Aussies Powderfinger to successfully attain the accreditation of having three singles fall within the confines of the top 10 over the competitions history.

Faker’s EP, Thinking In Textures, won Best Independent Single/EP at the ARIA awards and he also collected awards for Best Male Artist and triple j’s Australian Album Of The Year. His inaugural album, Built On Glass, won Best Independent Release at the Rolling Stone Australia Awards in January 2013. Chet Faker is now platinum-validated in Australia, to which he is now nominated for the illustrious Australian Music Prize.

“‘Talk Is Cheap’ dropped right at the start of 2014. By year’s end, it was still sounding as fresh as the first day we played it, Chet played and produced the whole album himself (bar one guitar solo). The way the sax starts the song is just magical and sucks you right in. The song sounds simple, until you hear all the instruments and voices at work. You’re kept there right until the end, when Chet Faker’s layered vocals bring the song to a fitting close.”

triple j’s Hottest 100 has brought about a lot of controversy this year following the heated debate as to whether Taylor Swift‘s “Shake It Off” should be considered for the poll. Come Monday morning, the station had announced that the commercially dominated single was disqualified from the countdown as “it became pretty clear, pretty quick hat a lot of people just wanted to prod some ‘hipsters’ for the lulz”.

The poll consisted of a record-breaking 59 Australian artists making up he Hottest 100 list, while 15 songs originated from the United States in addition to 14 from the United Kingdom. Check out his number one single below and a big congratulations goes out to Chet!