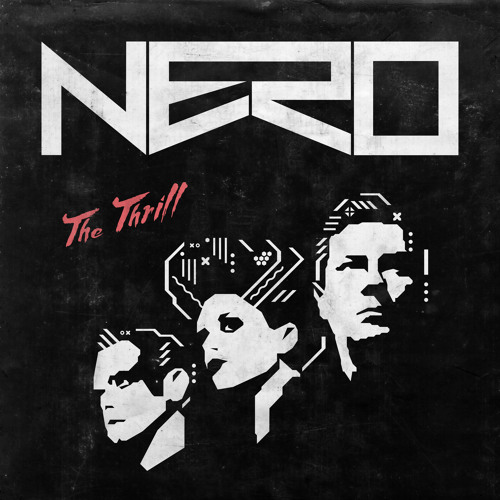 It’s been years since Nero released one of their nightmarish music videos. Even first single ‘Satisfy‘ from upcoming album Between II Worlds (releasing 25 August 2015) didn’t get a video component. But they have officially returned to the small screen with ‘The Thrill‘ a surprisingly singular setting as compared to their adventurous videos from last album Welcome Reality. However the nightmare imagery is still there, and is even more haunting with the underlining connection between reality and the computer world, all in one flash-driven, wire-infested room. The first clue came in the beginning, chains hanging from above.

It gets creepy when silhouettes of Alana Watson are projected on the walls, exposing her inner robot, until her likeness’ distort amidst moving beams of light. The rest of the UK trio programs with their back to her interacting with keyboards and hardware, orchestrating the technical madness. It gets creepier when her outline disappears, and she’s the one sinking into cyber space, eventually vanishing from reality. The chains symbolize the attachment she has to her virtual alter egos. Check it out below:

Damon Stonehttp://www.edmtunes.com/author/damon-stone/
trying to shut the world out with music
RELATED ARTICLES
Events