Lately dance music has seen an influx of so-called mystery producers. From Marshmello to Malaa to ATTLAS these producers shroud their persona in mystery and focus on the music. Of course the rumor mill runs wild with these producers, speculating that Malaa is actually Tchami, or ATTLAS is deadmau5, often based on their sound or their affiliation with the better known artists. A few months ago, a producer known as Hi-Lo made his debut appearance with an interesting bass-house sound. Some intrepid reddit users speculated that HI-LO was actually an alias for Oliver Heldens as the tracks were always premiered by Oliver Heldens, and Hi-Lo is a simple re arranging of letters from Oliver Heldens.

Well, it turns out that Reddit was right on the money with this one, as Oliver Heldens revealed today that HI-LO is indeed a side project of his (although the tweet has since been deleted). In conjunction with this revelation, he announced that he is starting Heldeep Records with HI-LO’s ‘Renegade Mastah’. The track is a groovy bass house riff on the classic sample and will be released on July 20th. Check out the preview of Renegade Mastah below, and maybe one day we will find out that Malaa is Tchami after all. 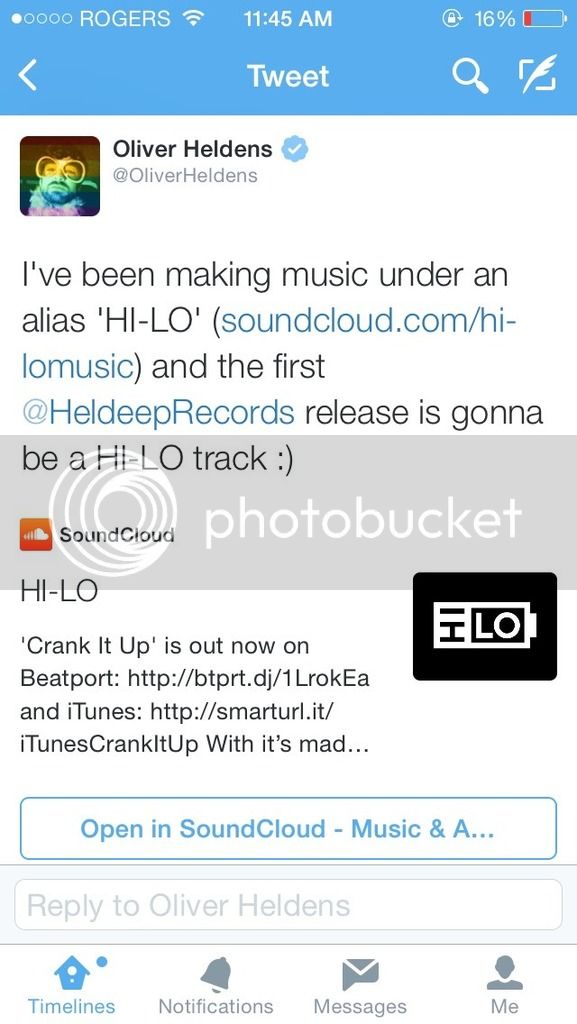