Why Infected Mushroom Is Crucial To The Dance Music World [Editorial] 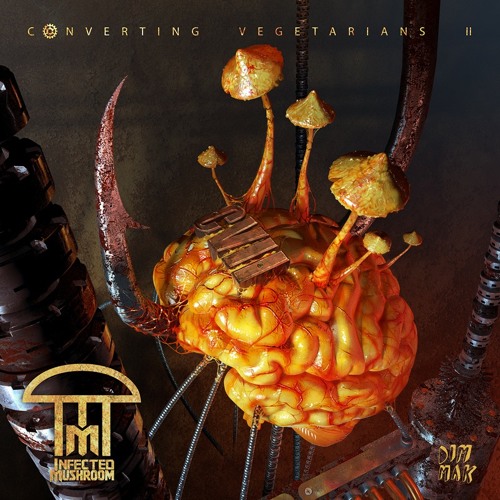 You may have never heard of Infected Mushroom before now. If that’s the case, I’m almost jealous of you. Infected Mushroom has been instrumental in spreading love of electronic dance music through the United States for longer than most DJs have had high school diplomas. They’ve remained one of my favorite live acts and I never miss them when they’re in town. Their recent release is an stellar one, one that I believe signifies a more comfortable, mature, relaxed group that will continue to innovate and kill it globally.

“She Zorement” is a perfect example of what happens when Infected Mushroom is given the freedom to walk around on the decks. They are able to push around the ideas they’ve had in their heads for a while, with the debut track sounding more like “Vicious Delicious” than they have in a very long time. This track is just one of more than a dozen on here that are Infected Mushroom at their best. The more inventive the production values on Infected Mushroom releases, the better we all are. This duo has released some of the most creative tunes in the history of electronica.

If you disagree with me, I present “Dancing with Kadafi”, one of my favorite tracks ever. When was the last time you heard a dance tune clock in at 10:24 that wasn’t techno? It features piano, psychedelic synths & a bunch of elements that reworked what trance could sound like in the heads of a lot of people. They’ve always been this good, but more recently you’ve heard a more aggressive, possibly even EDM-infused sound. Up until now of course. To explain why, we have to go back a couple of years to the heady days of dubstep.

‘Friends On Mushrooms‘ was a little experiment that sprawled across several volumes, released as EPs every couple of months. Though the project Astrix, Savant, DJ Jorg, the Pegboard Nerds, PsySex & SpaceCat all collaborated with Infected Mushroom on tunes. The multi-EP release was combined into the titular Friends On Mushrooms which was all around a good album, though not critically acclaimed as their strongest. I happen to agree, but not for the reasons others gave. I believe that Infected Mushroom, much like the rest of us was totally blindsided by dubstep and responded in the best way they knew how. They saw bedroom producers making sounds and went, “Oh you know who knows how to make sounds? We know how to make sounds too.”

The result was largely some of the most inventive dubstep, mohmbahcore and bass music that has been released, but at the same time, because it was Infected Mushroom reacting to something & not leading the way, it was less timeless. Converting Vegetarians 1, Vicious Delicious & Cities Of The Future are as good now as they were when they were released and I think CVII should be received similarly.

“Sense of Direction”, is great example of what Erev & Duvdev can do when they just let go on the keys and plug-ins. This tune is infused with the era before Friends with Mushrooms, with “Animatronica and Feelings” accompanying as a nice reminder of what they sounded like on “Vicious Delicious”. This was the stuff they were performing at Coachella in 2007, way before EDM. Infected Mushroom was selling out venues a good decade before Martin Garrix hit Ultra, and as you advance through the album, you discover why.

“Pink Froid” may go over the heads of a lot of the younger fans out there. However, for anyone who has partied listening to Dark Side of The Moon, this is going to blow your minds. They really flex their chops and throw down a legit homage to Pink Floyd that really does harken back to the days when they had a full-time guitarist. Now those were crazy shows.

“Zoan Zaound” is what you should play people when they tell you electro goes hard. They oscillate between growly, stabby synths and what might almost be considered doo wop? The vocals are pulled through the impeccable post processing universe that Erev has at his disposal & they create a dope little glitch-swing symphony. These kinds of influences and combinations simply can’t be found in anyone else making music. Oh, and the build/break is impeccable.

I think none of us saw this one coming. Sasha Grey has arrived on the production scene and it seems she’s decided to do some vocal work as well. The mix is smartly executed and I assume the extra promotion from Ms. Grey was a great move for everyone involved. This is them connecting with the right people, like they have in the past.

“Leopold” almost gives you the impression their powers are limitless. A somewhat kitschy intro pulls into impressive synths & 80’s vintage keys. There’s a competence here that no one else can deliver and it all seems so effortlessly executed. The album glides along, giving you an exceptional roller coaster through their signature style. But, I wanted to make a note of one last track before wrapping this love letter up.

“The Surgeon” is a damn triumph. This track starts with almost Japanese vibe, before shuddering to life, fusing a dozen of the elements previously mentioned, and showcasing some of the craziest guitar work I’ve heard anywhere. The entire 6:21 is drizzled with quality, even when the bass cuts out and the plucks of strings & pianos pull you along. It takes its time to get where it’s going, and trust me, you’re going to savor every second.

This is the kind of stuff we need, not thirty five “future house” tracks that all sound the same. This kind of ridiculously innovative risk-taking is what has made them a global sensation, and their work paves the way for thousands of DJs behind them. Kudos to you Erev & Duvdev, Converting Vegetarians II is spectacular. And we’re all better for it. Be sure to score your copy here.