October 2nd marked the first time Kaskade returned to the San Diego area since Identity Fest in 2011, and needless to say, he tore the house down. Fans flooded into the Sleep Train Amphitheatre in Chula Vista to experience the ‘Automatic Tour’ as it made its only stop in Southern California. Along with supporting acts CID and Galantis, Kaskade delivered on his promise to make San Diego’s show a night to remember.

Upon first entering the venue, all the elements came together and felt less like a one-day show and more like a festival; both younger and older ravers came dressed in kandi and costumes, ready to dance the night away to amazing music. A small Subaru tent greeted attendees immediately inside the gates, along with merchandise booths and food stands reflective of San Diego’s ethnic community. As I made my way toward the stage, I could hear CID warming up the crowd with funky deep house and electro vibes. When he concluded his set, I found myself craving more of his sound, but alas, it was time for Galantis.

Of course starting off with their major hit “Runaway (U & I)”, the powerhouse duo from Stockholm kept the momentum going by mixing songs off of their breakthrough album, Pharmacy, with big room and electro hits from the likes of Deorro, Quintino, Zedd, Dada Life, and much more. Very fittingly, they played Valentino Khan’s “Deep Down Low,” at which point the crowd went crazy. All through their set, Galantis continuously built up crazy energy for us eager fans waiting to see Kaskade. 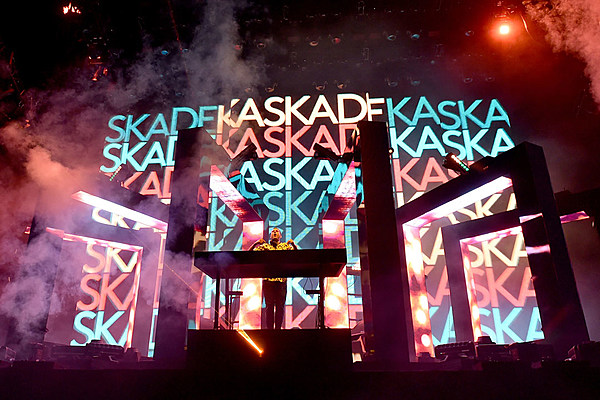 And then the time arrived. After Galantis concluded their set with Dillon Francis’s remix of “Runaway (U & I)”, the initial stage setup was lifted up and away, revealing the grandiose structure that was built for Kaskade’s Coachella performance this year. Everyone in the amphitheater, myself included, waited anxiously while the final touches were being made to the stage. When the moment we were all waiting for finally began, a wave of excitement and good vibes filled the air. Opening with his track “I Remember” that he produced with deadmau5, Kaskade greeted his fans with a welcomed smile and heartwarming words. Right off the bat, he played his new song “Disarm You,” which instantly brought me back to the moment when he played it for the first time at EDC Las Vegas. All through his set, Kaskade had the crowd jumping and smiling, dancing our worries away and taking in the beauty of the show. From fireworks and pyrotechnics to rainbow lasers and stunning visuals on multiple LED platforms, the show had it all. Fans were in for a treat as Raddon played everything from his new music to older favorites such as “4 AM” and “Angel On My Shoulder”. About 30 minutes into his set, Kaskade turned it down a notch by playing some Redux music, followed by a plethora of deep and electro house tracks that brought everyone right back up. But alas all good things must come to an end: Raddon closed out the show with his newer single “We Don’t Stop,” which features his own voice, and his Moguai mashup, “Something Something Champs“. His parting words reflected the views that he has held constant throughout his career: we are a community united by a love for music, and we will never stop growing.

Although it has been a week after the show, I still remember it like it happened just hours ago. If you have the chance, I would definitely recommend checking out his show. It’s worth watching, whether you’re a long-time fan or looking to find new music. Be sure to pick up a copy of Automatic and check out Kaskade on tour. 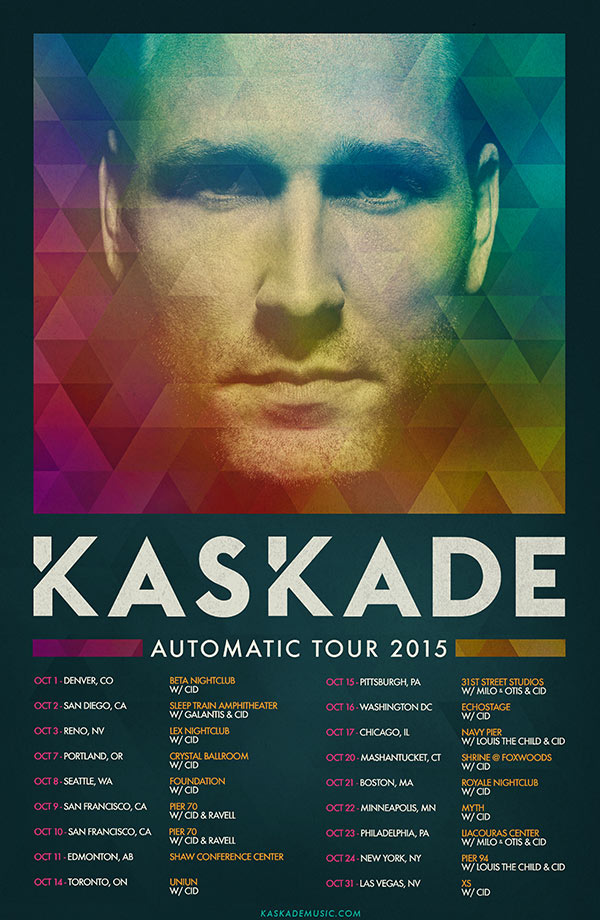