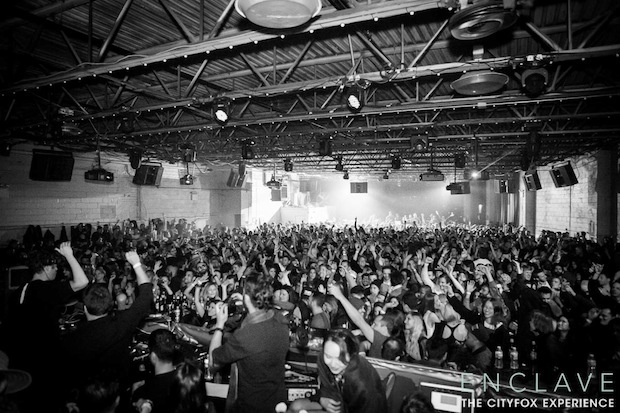 Thousands of New Yorkers were disappointed over the weekend when the much-awaited CityFox Halloween party was cancelled. While it was not shut down for its location, we’re learning that the site that was chosen was from a plot of land that was classified as a Superfund pollution clean up site. From the reports coming in, it looks like the CityFox organizers may not have known that the site was on the same plot of land that had been cited for plumes of toxic gas that caused (quoting here) “face numbness & liver cancer“. However, the reason used to shut the party down didn’t involve the pollution:

“The event was shut down due to flammable chemicals being hidden behind flammable curtains,” said DOB Spokesman Ben Colombo in a statement. “Additionally [CityFox] sold 6,000 tickets but the space was only cleared for 3,500.” (Gothamist)

The combination of the hazards, the overselling (other estimates put the tickets sold at 4571 tickets sold), and the minor problem of a giant line of party people waiting to get into the event resulted in the party being shuttered by 12:30 AM. A local Councilmember by the name of Steve Levin actually showed up in person to accelerate the shut down. It looks as if the event was also causing some disruptive noise in the neighborhood which caused a lot of locals to complain to the local authorities. One big contribution may have been that the NYPD was not aware of the party until October 29th. That’s right. A 3000-6000 person rager gave the local NYPD exactly 2 days to prep. That probably wasn’t making any friends with the local authorities, even though the venue is well within its rights to do so.

This event illustrates the difficulty of providing a vintage warehouse experience in the increasingly crowded/gentrified New York City. While established/legal venues such as Terminal 5, Webster Hall and Pacha have the ability to push out crazy amounts of sound and their neighborhoods have long tolerated snaking lines of ravers down the block, the one-off/semi-legal venues are becoming more and more scarce. Even for an organization with deep pockets like The CityFox Experience, the city is a tough place to throw parties in, especially the big box ragers that many of us have come to expect on the big holidays like Halloween and New Year’s Eve. Last New Year’s Eve, another major event was shuttered at midnight, stranding thousands with useless tickets, a long train ride to their next destination and no answers. Of course, CityFox has already promised to issue full refunds.

All in all, a deeply disappointing development for the beloved CityFox Experience, especially after a string of nights to remember at the Brooklyn Mirage this summer.

Statement on Halloween Cancellation and Refund InstructionsDear All,As we all know, this past Halloween in Brooklyn…

Posted by The Cityfox Experience on Tuesday, November 3, 2015