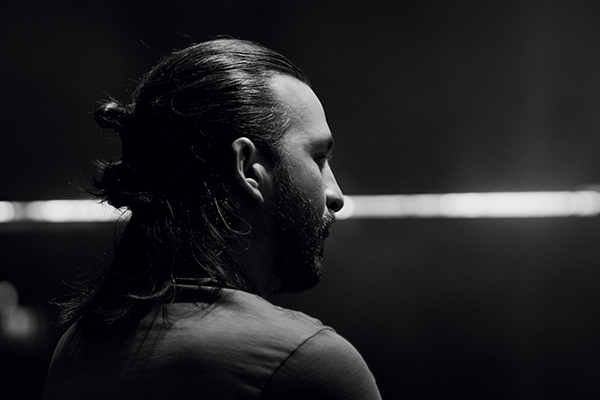 With the flurry of albums that came out last week, some of our viewers may have been too caught up in releases by Knife Party and GTA to notice that the first chapter of Steve Angello‘s Wild Youth was finally unveiled. A project years in the making, this first release marks a resurrection for the former Swedish House Mafia member, who had taken a brief hiatus from songwriting to focus on managing his Size label. Speaking in a candid interview with MTV, Steve took some time to discuss the inspiration and writing process behind the album, and even touched on topics like the current state of EDM, social media, and working with Justin Bieber in the future.

‘Wild Youth’ is the culmination of three and a half years worth of work for the Greek-born DJ. The writing process involved heavy revisions and constant edits, with Steve struggling to create music that truly conveyed his story, and not simply making music for listeners to dance to. Reflecting on the overall experience, the ‘Children of the Wild’ producer was both honest and introspective:

“I started three and a half years ago. I started it because I wanted to write something that had a meaning and I wanted to tell a story. I think a lot of music today is not really storytelling. A lot of people are just working with songwriters and producers and they get delivered something based upon a request from a record label and some input from the artist. So for me it’s really important to start from scratch.

“I sat down with a piece of paper and thought, what’s my story? What do I wanna talk about? I think that was a different aspect for me because I’ve made songs my whole life that have just been for partying and creating a vibe on the dance floor. But now, I actually wanted to do a real artist album that I felt that this is something special, not only for me but for the people around me. I can have people take part in this, and explain and tell something and they will actually get it.

“The process has been really hard, I thought I was done a year and a half ago but I listened back to the album and it was too similar to the stuff that I’d done previously so I scrapped pretty much half of the album and started over. It’s been really long but at the same time it’s been really emotional and like a self-discovery trip for me where I’ve actually figured out myself which is awesome.”

Regarding the current state of electronic dance music, Steve was not quite so extreme in his opinion, chalking it up the ‘transitional period’ within which it finds itself. Despite his reservations, the Size head honcho admitted that the only way to change the genre’s state of affairs is by demanding a higher standard musically, which comes when established artists focus on releasing good, quality music:

“It’s a period, we’re going through a phase, and fans are really excited about it. It’s a lot of young fans and everyone’s excited, everyone’s hyper, it is what it is.

“A lot of artists are making money just doing whatever they need to do, and I’ve created songs too…I was really happy when I saw Chemical Brothers coming in with a new album, and you see Prodigy, Faithless and Aphex Twin, who have all been a part of making dance music what it is, they’re coming back, and they’re coming back really strong and showing again why we love dance music.

“Me going on a rant on social media about dance music isn’t gonna change anything unless I do. I have that approach, I’d rather put my head down and go and work my ass off and then I can release music that has substance instead.”

Near the end of the interview, Steve was asked whether him and Justin Bieber sharing the same management agency would open the door to a future collaboration. Unfortunately for all the Beliebers out there, Steve seemed less than optimistic at the prospect of working together, reinforcing that he is focused on sharing his story through music, and not crafting radio-friendly hits:

“No, I mean, he knows I would never do that, I don’t think he would ever ask me. At the same time they appreciate the work that we put into it and they understand the craft of it, where this is a life story, this is something that I’ve been trying to tell people for my whole life and now I’ve finally got to the time where I can tell it so for them it’s equally interesting with just having something with a lot of substance than just pushing one radio record.”

All in all, the interview gave some pretty cool insight into the mind of one of electronic dance music’s most successful and established artists. Despite the hiatus, it seems Mr. Angello has come back with a firmer and clearer direction for what he wants to create musically, as we’ve heard in the first chapter of Wild Youth. Download a copy here and get ready for part II’s release on January 22nd, 2016.