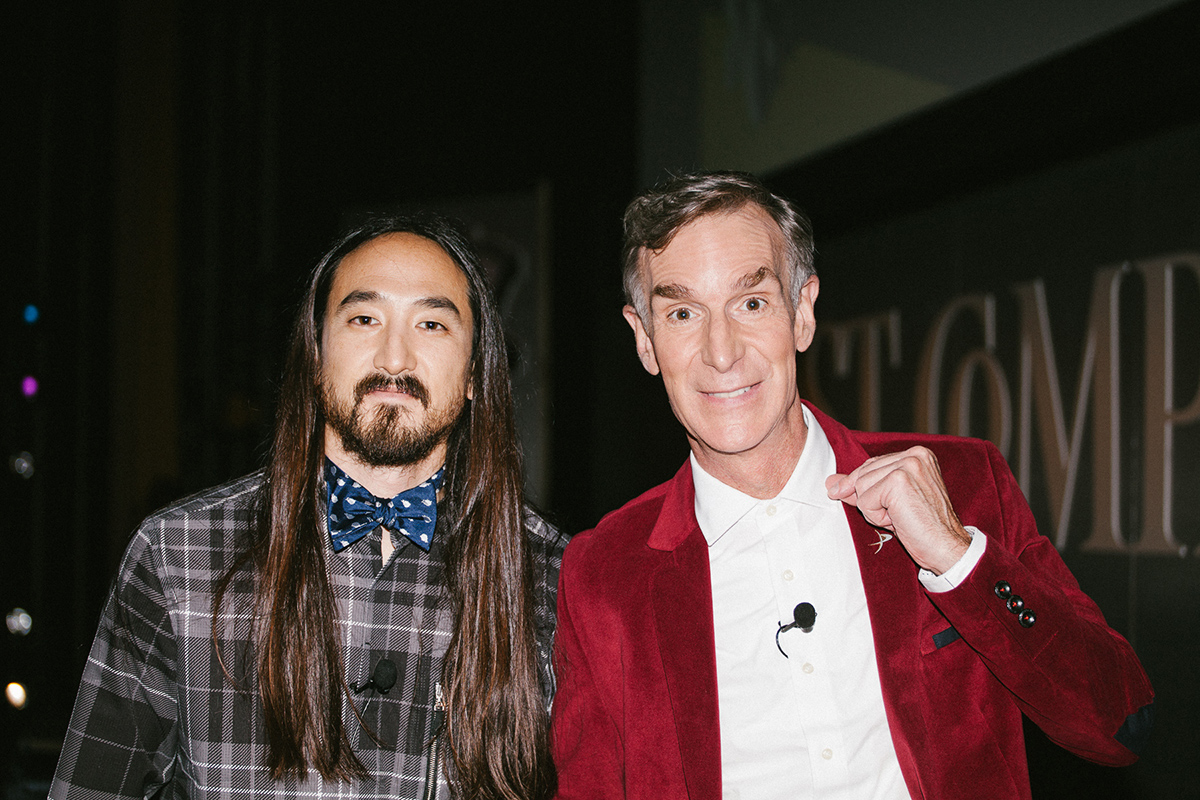 Anyone who grew up watching PBS Kids probably knows who Bill Nye is. For those who don’t know this TV personality, he is a comedian, scientist, and former mechanical engineer best known for his show Bill Nye The Science Guy. The beloved scientist is back, and has plans to work with Steve Aoki, who is also heavily influenced and intrigued by the magnificent world of science.

Although it seems like an odd pairing, the two actually get along quite well according to Fast Company, who interviewed the two of them after Aoki’s performance at the Fast Company Innovation Festival. The science enthusiasts discussed topics such as the Singularity (which Aoki actually wrote a song about), STEM education, and even a song that the two worked together on. Fittingly titled “Noble Gas“, Nye stated, “The song would start with exploding super novae, then lead to us. And that means that the fact that you and I are made of stardust is one of the ways that the universe knows itself.”