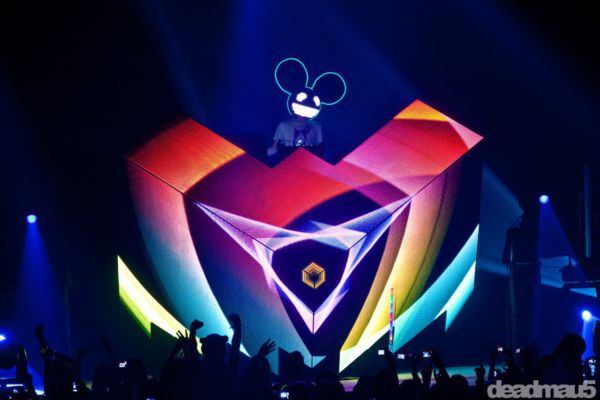 A few days ago, the mau5, in a whirlwind of emotion, removed himself from the social media equation. He went off on a tirade, calling his fans “nothing more than a number” and deflecting all of his problems with social media, the music industry, his brand and money onto the fans; for they are the reason Joel Zimmerman was going into exile and killing off his deadmau5 moniker.

In a not surprising move, since deadmau5 has already been booked at a few gigs in 2016 including Firefly Music Festival, the famed electronic music producer has come back from a brief stint of a social media black hole to release this statement via his tumblr:

like many other human beings, I’ve been dealing with some depression issues that i don’t need to go into detail with. Id consider myself far from emotionally stable, though, not unstable enough to know support when i see it. Deactivating social media for a minute has nothing at all to do with popstars or dubstep tryhards. It was a kneejerk reaction to something i saw coming a long time ago. Also, nobodies business but my own.

id like to apologize to my fans and supporters for fucking off so abruptly, and leaving them out of the loop in terms of developments in my career and some small glimpes into my personal life…. ill resume that program for you. It’s the holidays, so ill slow things down until the new year, and chill out with friends and loved ones on vacation till the 17th or so.  Then it’s back into the new studio, where ill just keep being me, and making music.

Once again,  sorry for being a dick to those who are fans and supporters.

While Joel can be an asshole and everything in between, mental health issues are becoming more transparent, as DJs and producers alike are coming forward to the public to seek help and establish a clear understanding of what it is like to be a traveling musician. This does not give him a free pass by any means for some of the slop he has spewed over the years, but it does gives us a clearer picture of what is happening in his life. We hope Joel receives the help he needs and that he comes back stronger than ever in 2016.
Tweet
Share
Pin
Share
0 Shares