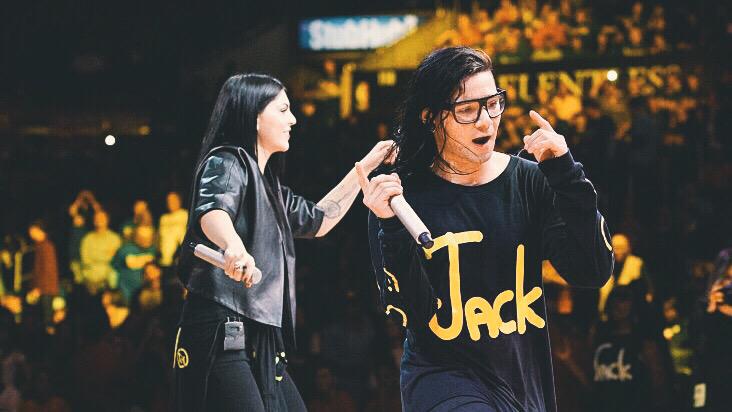 Diplo is a well-known Los Angeles Clippers fan, but no one could have expected to see him throw down a halftime set last spring. Yup, a sold-out L.A. Clippers game featured an 8-minute set from Jack Ü, alongside Fly Boi Keno and Kai. Skrillex and Diplo played their biggest hits from their debut album including “Beats Knockin'”, “Mind”, “Take Ü There”, and of course “Where Are Ü Now”. The duo one-upped traditional cheerleading by incorporating circus-like performers including a girl with many hula hoops and Left Shark. Even Dinky, the most famous dog on Vine, drove around the court in his little toy car.

Turns out, Jack Ü was a good luck charm for the NBA team as the Clippers beat the Houston Rockets in that particular game. Check out the video of Jack Ü taking over the Staples Center below.