With the resurgence of vinyl sales across the globe, you would think that the music industry’s overall new album sales would be carrying the load. That is actually not the case for the first time in history.

Nielsen has reported that catalog albums (an industry term for anything released over 18 months ago) outsold new releases. Even Adele’s 25, which amassed a 7.4 million units sold in 2015 and Taylor Swift’s 1989 coming in second (which actually came out in 2014) with an equally massive total, still couldn’t beat out older albums from Pink Floyd and The Beatles. 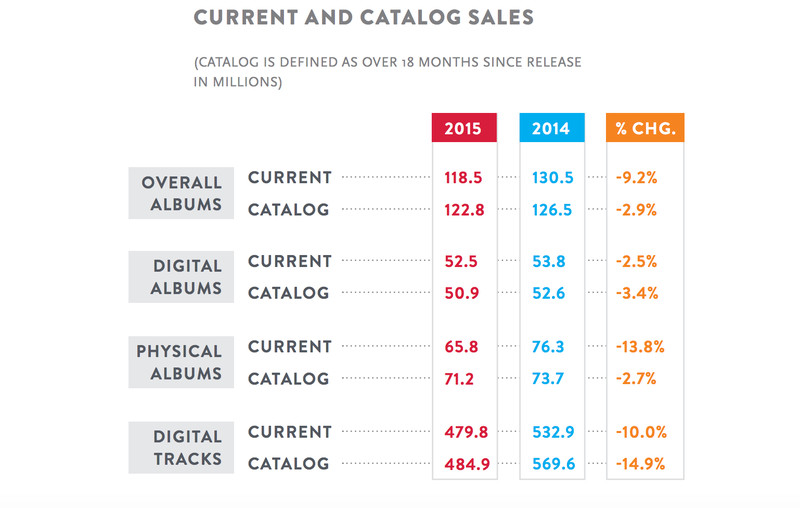 In 2015, new albums sold 118.5 million, a 9% drop in sales from the previous year with catalog albums selling 122.8 million units. As music streaming continues to see huge gains in user engagement, as last year alone it was up 92 percent from 2014, physical album sales for new releases plummeted 14 percent, while catalog album sales decreased by a measly 2%. Could this be because the quality of music has gone down, or just that there weren’t that many hugely chart topping album releases this year?