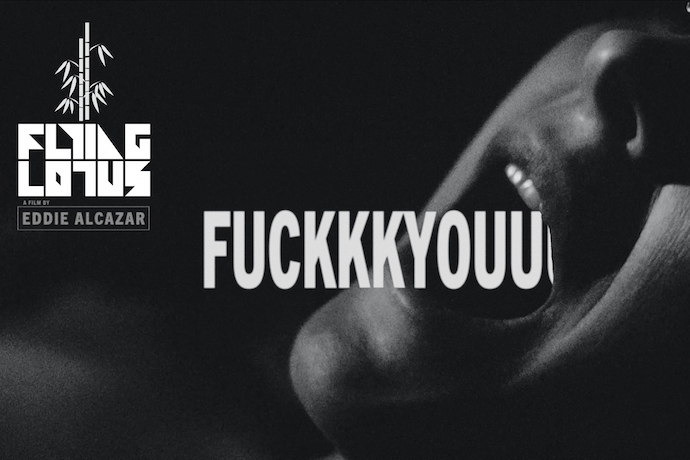 Before you decide to watch this short film that no doubt came straight out of your nightmares, be warned that it is probably not suitable for those who scare easily. In an age where scary movies just aren’t doing the trick anymore, visual artist Eddie Alcazar has created a masterpiece that is being praised by numerous film festivals such as Sundance, Zenema Zombie, Hollyshorts and more. And who better to produce the score for this chilling little film than Flying Lotus? Twisted images accompanied by eerie sounds come together to create nine minutes of hellish horrors that the two artists magnificently constructed. FUCKKKYOUUU is truly a masterpiece that will leave you puzzled and deep in thought.

“With the ability to travel in time, a lonely girl finds love and comfort by connecting with her past self. Eventually faced with rejection she struggles with her identity and gender, and as time folds onto itself only one of them can remain.”