The two day festival will once again bring Big Air Snowboarding, a 16 story jump established by Air + Style for the Winter Olympics, to its grounds with head to head matches between the world’s best snowboarders.

“We have a heavy lineup for Air + Style 2016! It’s going be a full blow out in Downtown Los Angeles,” said White. “Air + Style is where the music, art, fashion, and sports worlds come together to have a great f#%€ing time! Plus great food, drinks and a learn-to-ride snowboard area! So see you there!”

Tickets for the Air + Style Festival 2016 are now available via their official website! 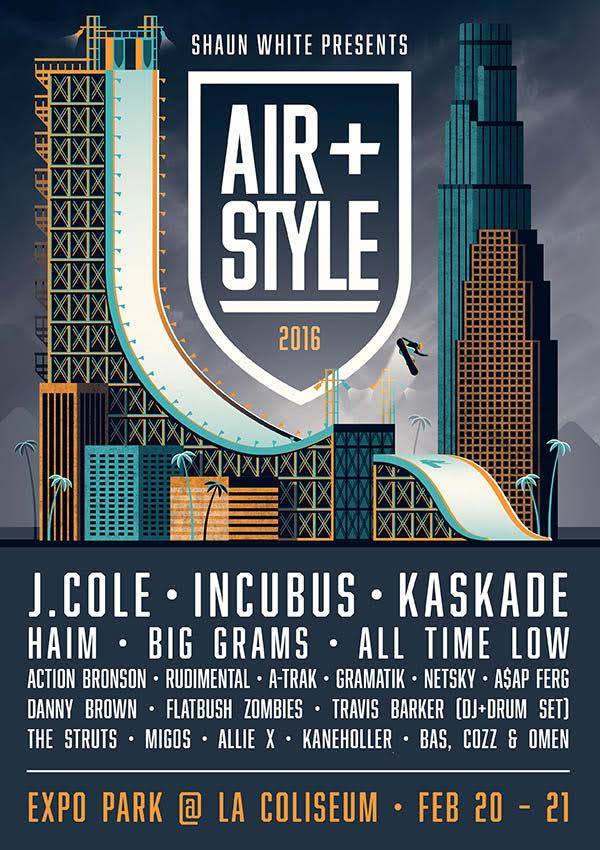 It’s also worth noting that this will be Kaskade’s first time performing at the LA Coliseum since EDC 2010. As we all know, EDC has since relocated to Las Vegas, so we’re sure this will be an extra special show for the American DJ/producer.

LA! Let’s bring the style to the @airandstyle show. I finally return to the LA Coliseum to headline this fest. U ready?

Last time I played the LA Coliseum was 2010 for EDC. Should be fun to return. So many crazy memories from that stage. ?