Peace really is Major Lazer‘s mission, as the trio will be the first major American act to perform in Cuba since the United States and Cuba began to reconcile their differences in July 2015. President Barack Obama’s softening of the US-Cuban diplomatic relations from the embargoes the US imposed on Cuba during the 1960’s, led the path for Diplo and company to create a free show in front of the US Embassy in Havana on March 6th. Major Lazer plans to invite Cuban musicians to join them on stage at the Tribuna José Martí. Diplo recalled back on his previous experience in Cuba by stating:

“Cuba has such a powerful cultural impact all over the world and for me, especially growing up in Florida, it became one of the biggest cultural centres for music to evolve from. I was lucky enough to visit Cuba a few years back with my friends Calle 13 and during my four days there my mind was blown by the people, depth of culture and their way of life”.

Major Lazer’s performance will surely be the first of many future artists from the US and all over the world to perform in Cuba. 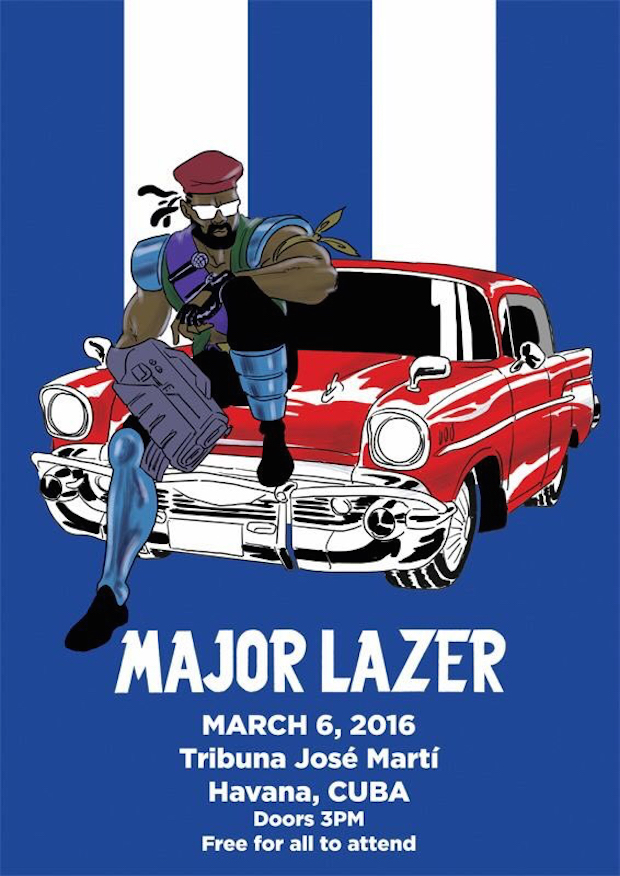