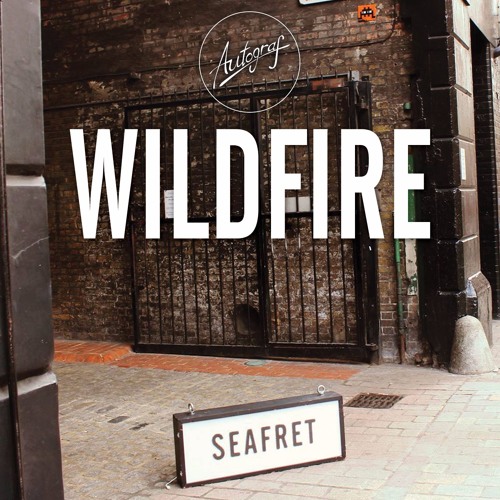 It is just one month into 2016 and Chicago-based trio Autograf is already off to an impressive start. The group released their remix package for their stellar single “Metaphysical“, with standout remakes coming from Vijay and Sofia, Exmag and Daktyl. They also dropped a chillingly refreshing take on Temptations’ “Proud“, reinventing it in their unique brand of tropically melodic house. They’ve done all this while embarking on their live Metaphysical Tour across North America, which culminates with an appearance at New Orleans’ Buku Fest in March. They are now giving their fans even more music, as the trio just released a beautiful remix of Seafret‘s “Wildfire“.

Autograf’s take on “Wildfire” begins with Seafret’s faintly beautiful vocals, which they build in an entrancingly natural progression. The track then kicks in dramatically, as Autograf switches the tone with an infusion of dark and sexy production. They maintain this vibe throughout the remainder of the track, as their alluringly seductive beat gives the song unmistakable soul and passion. Autograf seemingly cannot be stopped in either their productions or their live shows, as they continue their conquest across North America which you can buy tickets to here.