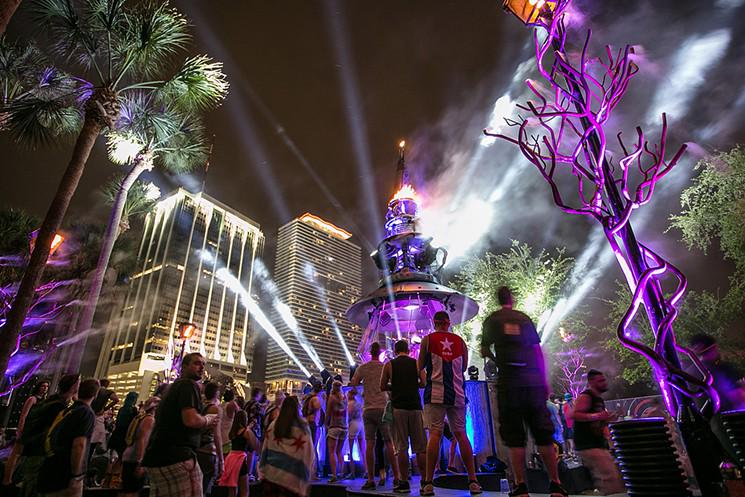 One of the most well-received additions to Ultra Music Festival in recent years has been the creation of the house and techno-heavy, underground-influenced Resistance Stage. The “stage,” if you can even call it that, was more of a 360-experience – a tower that looked straight out of Mad Max, with a DJ-booth in the center, and distinctly spaceship-like features.

This year, Ultra is teasing the much-anticipated lineup for the Resistance stage much like it does for the festival at large; that is, in phases. The first group of artists that will grace this years’ Resistance stage, which happens to be the North American debut of the Spider Stage designed by Arcadia, was just announced and should definitely please house and techno fanatics. Artists revealed in the first phase of the lineup include heavy-hitters such as Jamie Jones, Art Department, Maceo Plex, Seth Troxler and more. Be sure to check out the full announcement below, as well as a a short video teasing this year’s Resistance stage. You can get your tickets to Ultra Musical Festival 2016 here.