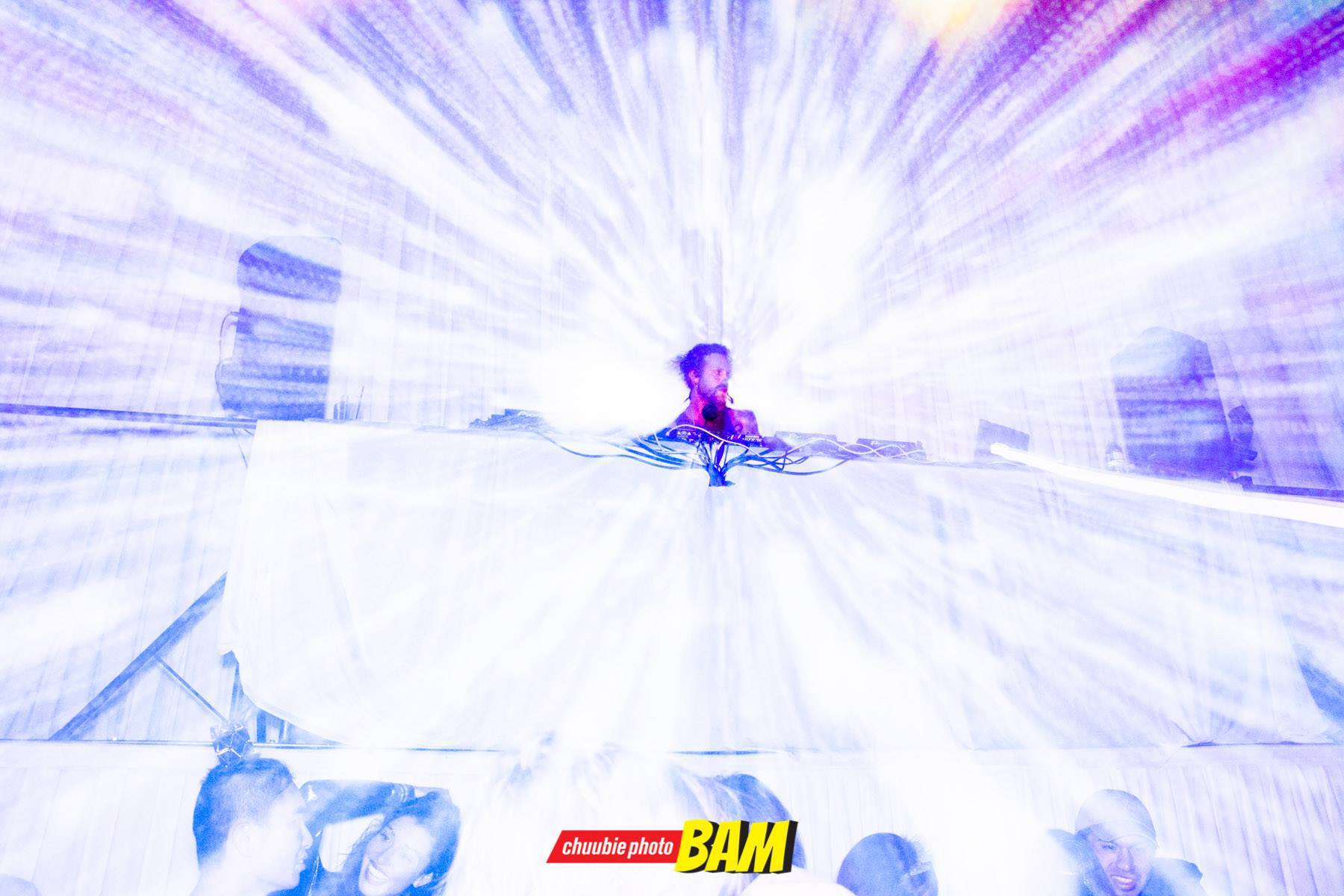 The House of Yes is a place of almost mythic wonder in NYC. On its 3rd iteration, the venue has had its share of ups and downs, with fires, lease fights, thousands of successful events & a big kickstarter under their belt. I threw a couple of parties at the previous space in 2012 & 2013, and they always treated me exquisitely. The venue is now a 100% legit, retail space and had their soft opening over the holiday season, complete with a banging New Years party. We were there to take in Devotion, one of the more polished deep house offerings in the city these days.

With Blusterfuck 2016 bearing down on us, my companion & I only had a few short hours to party before we had to head home and batten down the hatches. After some negotiations at the door, we managed to gain access to the new, bigger & more elegant space. One of the highlights of the main room is their new proscenium arch. That SAT word is a throw back to the old school theaters. Except this one has 3d mapping & dope projection, which allowed for some stellar visual accompaniment to Devotion’s similarly stellar deep house lineup. 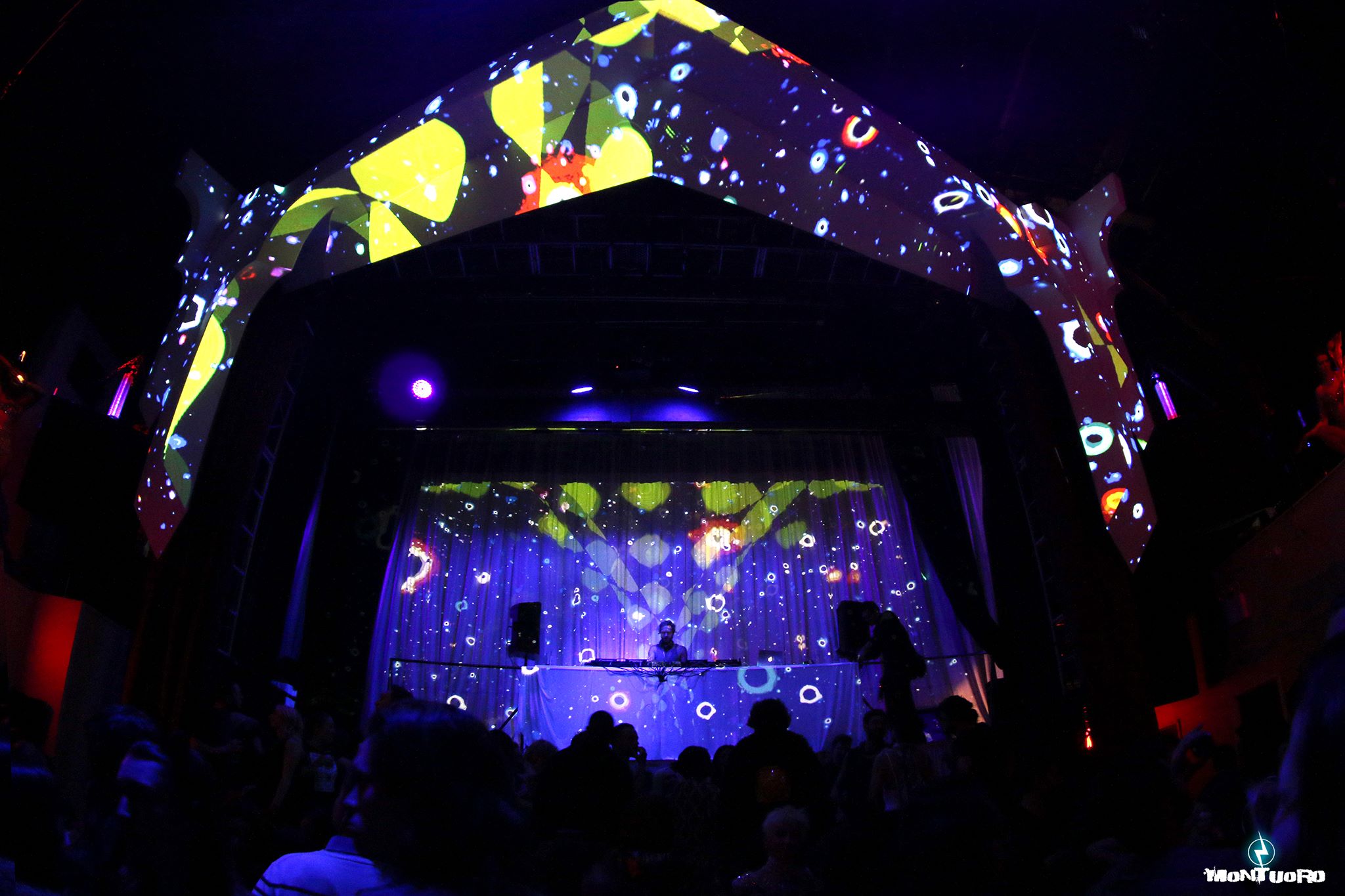 The coat check was a touch far from the front door, so my companion & I stopped to get a drink. Ran into a dear friend of mine behind the bar, a talented actor busting ass to make it in the city. He took excellent care of us, a great example of the hiring philosophy at House of Yes. Founded by two performers Anya & Kae, they embody the “sweat doing what you love” philosophy that has drawn so many to Brooklyn. After spending the last nine months rebuilding the House of Yes, creating a two room venue, with a bonus restaurant, the Queen of Falafel to boot. 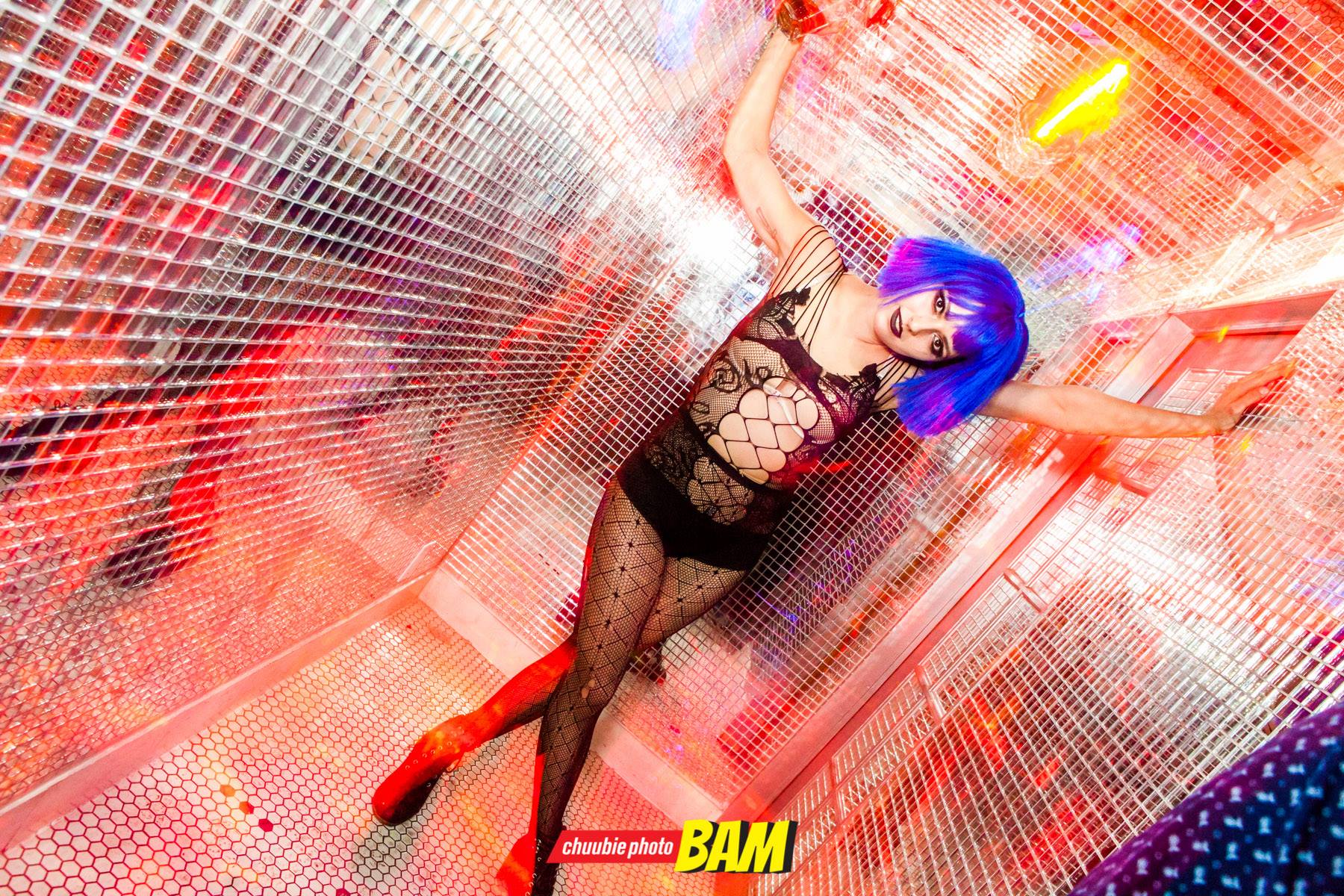 The space took to the Devotion vibe effortlessly. The extended stage gave a chance for the exhibitionist among the attendees to strut. The main qualification required to dance on the stage was having the balls to dance on the stage in front of several hundred people. This was no small feat, as the venue got more and more packed with fashionable, attractive revelers coming out of the overtures of the blizzard we were about to have.

We’d been there to catch the end of the Seth Hosko b2b with Terron Darby A proper opening set, the tension ran high and the drops were, while gratifying, not entirely cathartic. This built up to the handover at midnight wonderfully.

I very much enjoyed YokoO. Wasn’t expecting to, but the crisp, non-aggressive vibes that he was able to deliver, really brought the party together. There was this one moment I was in the middle of the dance floor and I just had this thought of like “Kudos to whoever the fuck is running this tonight.” The choices were crisp and there were a bunch of B2Bs. A little extra treat for everyone who showed up early and/or stayed late.

The addition of extra talent to the 10pm & 4am sets was a crucial decision. Not only was the 10pm to midnight set well executed, the dance floor was filled by 11pm. The crown jewel of the evening, however was the Hoj b2b with Lee Burridge at 4am though. Above this paragraph is 20min of that at Burning Man last summer. This is a set that, if you’re into this kind of sound & you weren’t there, you missed something special as anyone who saw this on playa last August could tell you. Amazingly, that wasn’t the only dopeness over the course of the evening. 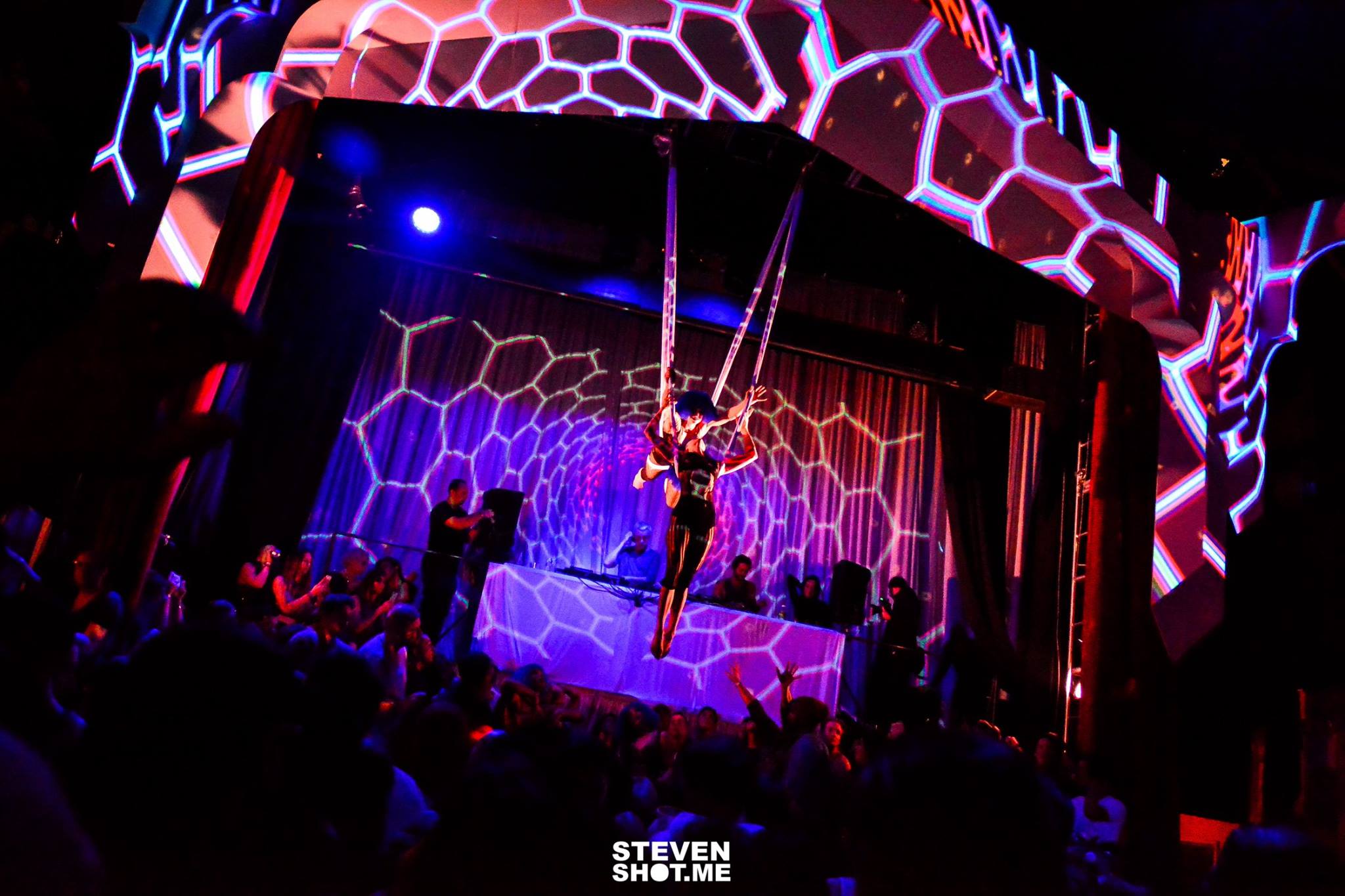 Multiple times during the night, Lady Circus would filter out into the main room to do aerial & go go dance performance. This would be almost expected, but interspersed within the performers were Anya & Kae, the leaders of the space. The crowd marveled at their death defying acts, all while the DJs played on. This true creative & performance space in Brooklyn gave everyone a night to remember. People seem to forget that “performance” is a part of Brooklyn nightlife, so House of Yes does its best to remind them.

Great event start to finish, so if you’re looking for a space in Brooklyn that doesn’t suck, light them up. They’ll take care of you. And if you want more info on Devotion, you know what to do. This is Terry Gotham, see you on the dance floor. 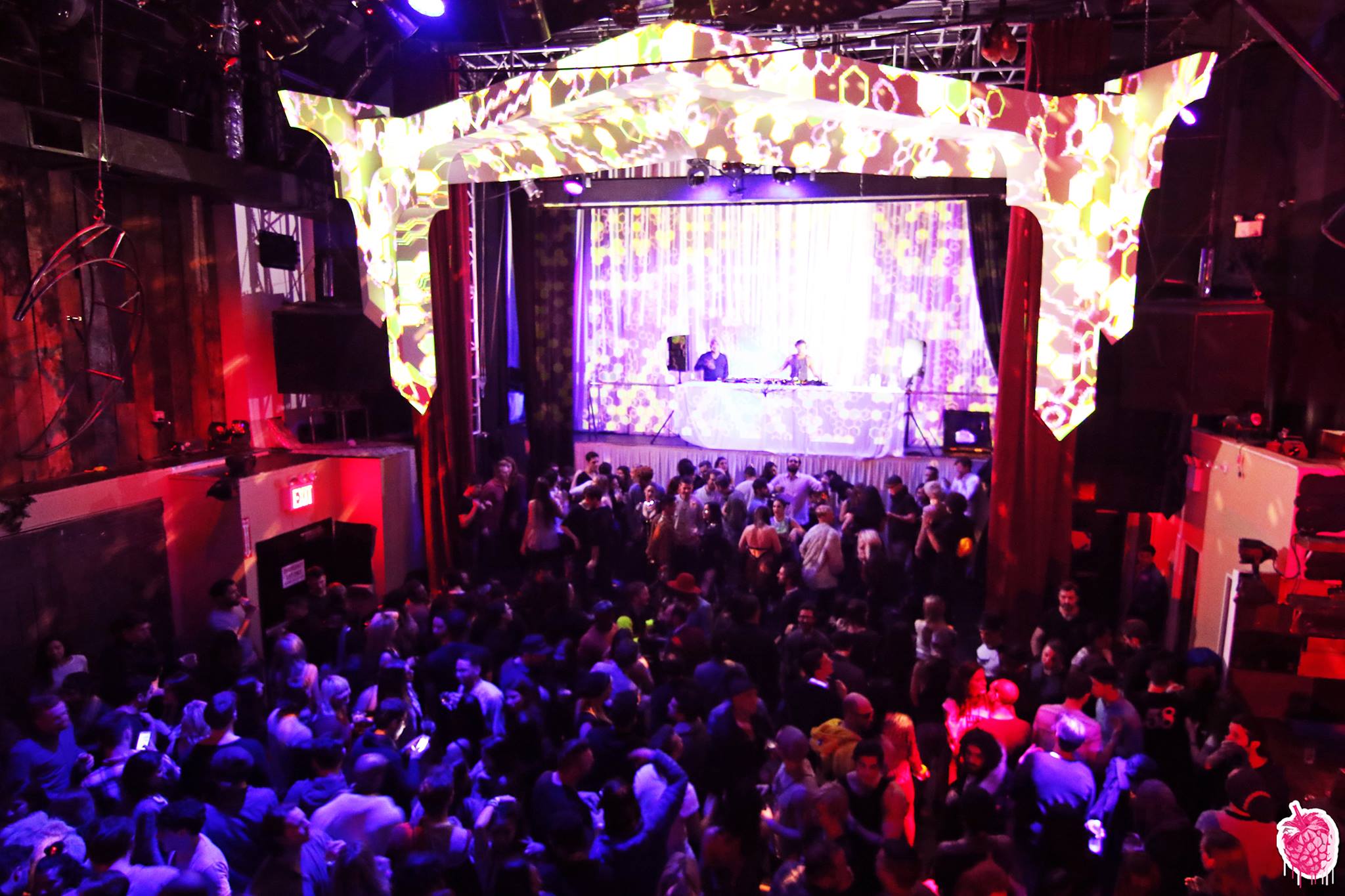