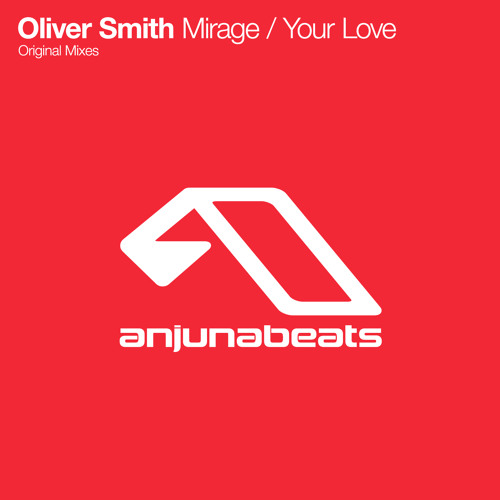 Oliver Smith has been a staple of the Anjunabeats family for many years, having appeared on every single edition of Above & Beyond’s yearly label showcase since it’s inception in 1999. He’s also been hitting the studio hard as his other alias Meramek, with originals “Know Me” and “Only You” being supported by Eric Prydz, Danny Howard and Gorgan City while remixing Anjunadeep Vol. 7 cult favorite “Dawn To Dusk” by the Italians Thomas Schwartz & Fausto Fanizza not even a month ago, his musical prowess is beginning to remind me a little of Mr. Prydz with the many monikers he has produced music as over the years.

Keeping his streak alive, we see him exercising the Ollie alias twice on the latest round of the Anjunabeats compilation with an A-side double header EP, “Mirage” and “Your Love“. Having been debuted during A&B’s Group Therapy 150 broadcast in Sydney, “Mirage” is a big room banger compiled of sultry accompaniment, vocal snips and a melody that carries for days. “Your Love” was placed near the beginning of the new compilation and deservedly so. Carrying a darker theme with it and bordering on the lines of his Meramek influences, you can’t miss the progressive bits snuck in there as well. Out on February 26th, in the mean time, you can stream it as part of the Anjunabeats Vol. 12 mix.