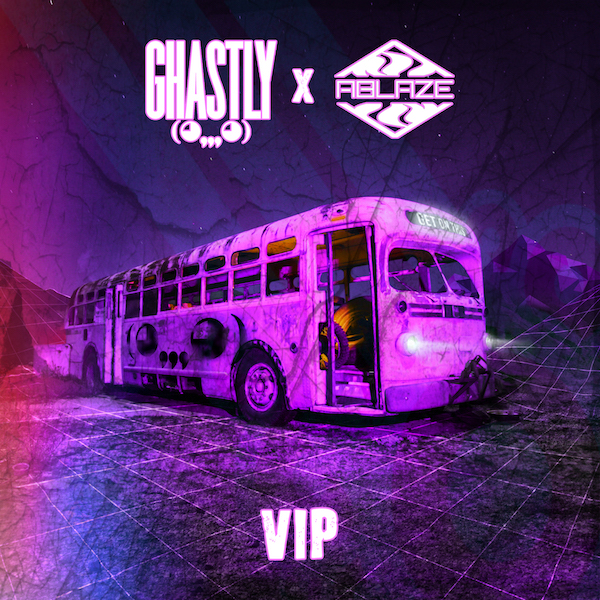 Gastly has just an unveiled an VIP edit to his new latest single ‘Get On This’. What’s so special about this edit, you might ask? It’s a collaboration with a fan!

A fan from Italy, known by the moniker Ablaze, sent Ghastly a rough bootleg of the original, with which the Los Angeles native instantly fell in love with. After hearing the track, Gastly reached out to Ablaze to record a proper version of the song.

Always a champion for his fan’s work, this VIP edit is living proof of the intimate fan interaction that Ghastly has now become known for. Already a club favorite, the VIP version of ‘Get On This’ is sure to please fans.

“I stand for many things as an artist and one of them is that anyone can truly do anything. And I don’t simply stand for them, I express that this is possible through action. I pay close attention to what fans say and send to me and one of these things was a bootleg of my song “Get On This” which came out on Mad Decent in August of last year. I really like what I heard but it lacked a lot of fluidity due to the fact that it was bootlegged so I reached out and invited him to collab on a VIP version of the track. After he sent me the stems of what he had I revamped and reworked it into what it is now. Shout out to Ablaze for his efforts on this track.” – Ghastly