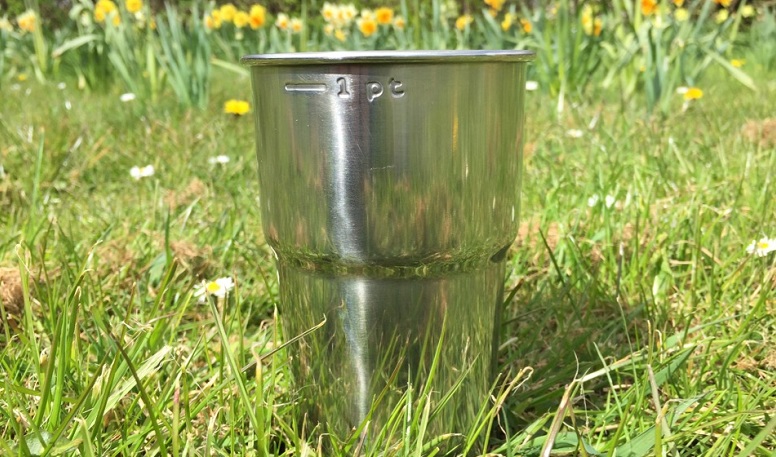 Music festivals have the opportunity to be a huge official and catalyst for change among young people. Where older people tend to be stuck in their acquired ways of thinking and life in general, generation Y are still nimble, vibrant and open to new ideas that challenge previous notions. As the threat of us completely destroying our habitat looming on the horizon, Glastonbury, a visionary festival in their own right, always seems ahead of the curve with music, whether that be the lineup itself or specific causes they have put their mighty hand behind. This year, they are making the change to recycled stainless steel pint cup as apart of their sustainability stance. It will be implemented on a large scale, over 200,000 cups will be circulating throughout 10 of the main bars established in the event grounds for £5 deposit during their first pint purchase.

Green Initiatives and Sustainability Coordinator, Lucy Smith says “Everybody said we couldn’t do it with something on the scale of Glastonbury and it has been a major fight to get this scheme off the ground, dealing with everything from weights and measures to crushability tests.

“But for us, it’s part of the reusable revolution. It’s very similar to paying 5p for a carrier bag. We think people will take to it. The pints are made by APS in Birmingham, and it was a significant part of the project to have them made with British stainless steel.”

A huge concern in the aftermath of these huge festive events is the trash and waste pickup. There has long been sought a cheaper and more effective way of dealing with this issue while still keeping hygiene as a weighted priority. Nobody wants to take the wook flu home with them after a weekend in paradise. Being made out of 80 percent recycled British stainless steel with the quality being very apparent. All you have to do when you want another is trade the glass out for a new one at the watering hole.

“I’m told the cup initiative is a bit of a revolution. But for me, the single most important thing was being able to source British stainless steel for the cups from the place where it was invented – Sheffield, and then to take it on to the home of manufacture – Birmingham.” – Michael Eavis