Chicago’s music scene is making a name for itself. North Coast Music Festival, happening in the city on Labor Day Weekend (Sept. 2nd-4th) and put together by React Presents, released the first wave of its absolutely unreal lineup.

Thus far the lineup is heavily electronic music with a handful of alternative, indie and hip-hop performers mixed in. Odesza will be headlining Friday, with Bassnectar taking Saturday by storm and Zedd closing out on Sunday. This will be Odesza’s first time performing at NCMF.

Other notable names on the lineup include Keys n Krates, Big Wild, Sam Feldt, Juicy J, Galantis and many more. You can catch the entire lineup so far below. Tickets for North Coast are on sale now. General admission runs at $159 and VIP at $259 for all three days. 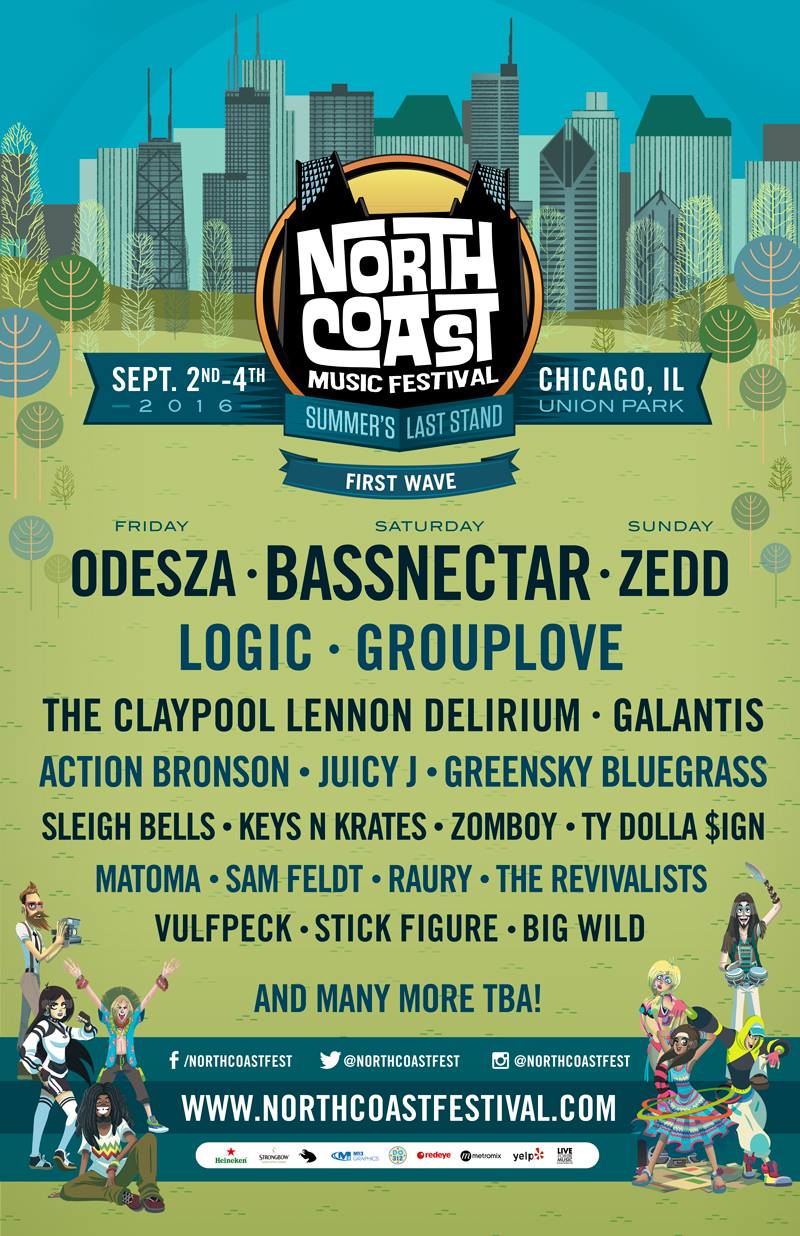