The Desert Hearts crew bring their ‘House, Techno, and Love’ motto on another ride as they embark on their thirteen-date Endless Summer Tour under the moniker City Hearts starting with a double header in Brooklyn. As temperatures warm up, the sizzling tech house beats come out to play.

In addition, Desert Hearts co-founder Lee Reynolds has joined forces with fellow house and techno maestro Machino on their Moon Matrix EP, the most recent release on Desert Hearts Records. Psychedelic, ambient, and transcendent, Lee and Machino’s Moon Matrix EP is an embodiment of the label’s desert-trotting ethos. 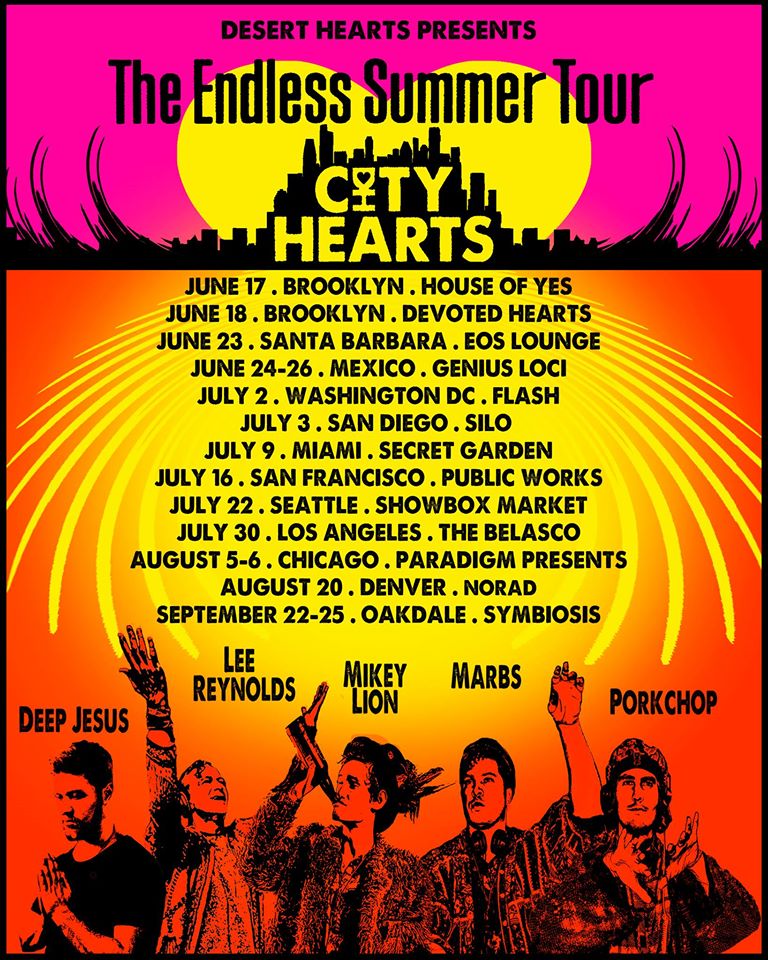