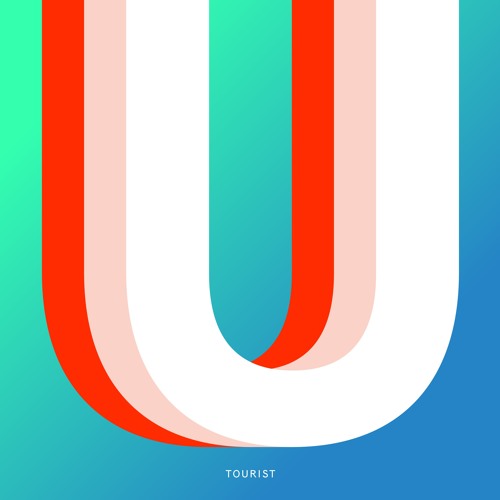 This album took me by surprised, to be totally honest. I’d been intrigued by Tourist after hearing To Have You Back & Run, two of the advance singles. But I didn’t expect the rest of the album to be inventive, risk-taking & exacting. This isn’t your next festival rage anthem, nor is it the best pre-gaming music, but I wager this will find a surprisingly recurrent place on your playlists. Tourist is a thoughtful, evocative & forward looking producer who deserves your attention, as evidenced by this accomplishment of an album.

While U takes its sweet time warming up, To Have You Back is a moody, gorgeous triumph. Hymnal vocal modifications drop into one of the more cinematic, emotional drops I’ve heard in some time. It’s gratifying in a visceral way that we haven’t heard since Disclosure at their best & James Blake at his most heartbroken.

Run pulls some of that fabled euphoric into some indie house. If those words sound like they don’t belong in the same sentence, it’s because they don’t. Run is going to stick in my head for a long time. The build shimmers while the break bobs along effortlessly. It feels like a cross between easy listening, the part of tropical house before the steel drum drop, and some old school UK 2-step/Garage. The house beat the tune settles into will infect everyone in the room. Turn it on and see how many people stop you to ask what it is about 60% through the song. You’ll see what I mean.

The second half of the album is one of the reasons I elevate this release from something I’ll listen to, to something I make sure to have easy access to. My Love is a chunky, melancholic gear change in the album. It’s also a great reminder that the poppy vibe from Run isn’t something that stays with you all the time. Perfectly executed & helpful on a rainy day, it’s gonna show up in UK deep sets before Memorial Day.

The moody drop in My Love makes Waves a better track, and reminds the listener why albums are still put together. Waves takes its sweet time getting to where it’s going, but when it gets there, it’s got this ethereal, vintage vibe that makes me think of Kaskade’s Atmosphere. Yea, it’s that good, and it doesn’t overstate its welcome. Moving along at a great clip, the 6min apex of the album provides tiers of builds & drops that you’d expect from a competent mix. Not sure if it would fit more at sunrise or masterfully woven into a Prydz set. Someone ask Eric would ya?

Too Late pairs the peppy bassline from earlier in the album with the rainy, “just got dumped” feeling found elsewhere. The oddly hopeful track that results is a low key favorite, and we’re already seeing this style to propagate on festival lineups. Expect more of it.

Separate Ways continues the fusion of peppy & Eeyore to full effect. The vocal modulations perfuse through the echoing bass, giving the track a UK Garage body with a Gotye crust. Solid, inventive work that I can’t wait to hear more of.

For Sarah rounds out the LP, and it’s a gem. The shimmering chords seem to acquire a choir (get your friends to say that out loud for fun & profit), pushing out some heavy, almost R&B vibes. The tranquil, chilled build doesn’t break into anything rough & tumble, but adds some scintillating chords that almost sound like 80’s guitar. Wonderful work, I officially cannot wait to hear more from Tourist, and am jealous of all you UK people for having access to him. I bet his live sets make people cry & text their ex Drake style. Oh, and it’s a free download for a couple more days. Don’t say we never gave you anything.