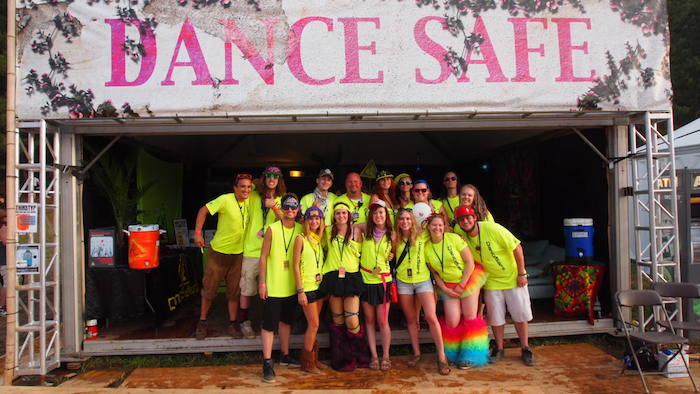 Hands down, the most important part of any festival is the health and well-being of its attendees, and as any festival goer will know, doing things like staying hydrated is essential to stay active throughout the hot day and into the night. Many volunteer-based companies offer to help festivals with issues like these, the most notable of which is DanceSafe, an organization that provides things like free water, earplugs, and electrolytes, as well as services like drug tests so that users can be sure that what they are consuming is what they think it is. A service like this is absolutely essential for festivals with the number of drug caused hospitalizations as high as they are.

Unfortunately, a 2002 bill called the RAVE ACT, passed by then senator Joe Biden is preventing many festivals from allowing organizations like DanceSafe to operate on their grounds. As DanceSafe says on their website:

“The original lawmakers apparently intended for the measure to be directed at event producers who were actively involved in selling drugs.  However, the law has been interpreted by many event producers (and their lawyers and insurance companies) to mean that basic safety measures (i.e. free water, cool down space, drug education materials, even the presence of DanceSafe!) “prove” that they know drug use is present, and make them vulnerable to prosecution under the RAVE Act.”

In light of this, DanceSafe has teamed up with the Drug Policy Alliance to petition Joe Biden to amend the RAVE act to allow for public health services like these. The Vice President will be leaving office in less than a year, which is why DanceSafe is acting with a sense of urgency. You can read more about the campaign on their site here, and be sure to sign the petition here!