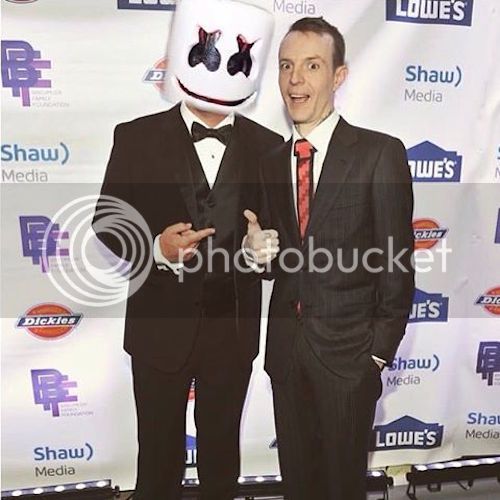 Coming out of EDC we had all kinds of headlines. Stages catching fire, new Eric Prydz tracks, and female producers making EDC history. One of the trendier headlines was the “reveal” of the identity of Marshmello.

If you’re not aware yet, at a moment during Marshmello’s set, he announced he would remove his helmet only to reveal…..Tiësto?? This might be one of the bigger pranks pulled by a producer on fans simply because of all the buzz, but nobody was really offended by it, except Deadmau5.

Not one to shy away from public comments, Dead Mow Cinco took to Twitter to provide his thoughts on one of the headlines from this weekend. This isn’t the first time these masked producers have pulled punches, they’ve been virtually slapping back and forth almost weekly for the past few months. The comment from Deadmau5 also kinda takes a shot at Tiësto in the process. It’s all a bit comical so we laugh for a second and roll our eyes, but seriously, when will it stop?