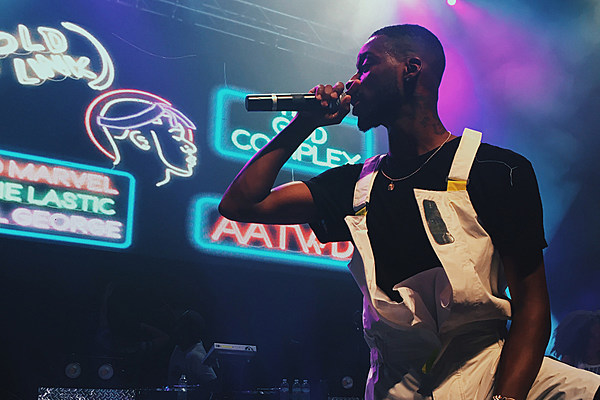 GoldLink – And After That We Didn’t Talk: The Remixes

As the emergence of dance music in the main stream sector of the music industry has taken its course, other, popular genres, such as hip-hop and made their way into collaborations while overall, lending a helping hand in influencing and creating new genre offshoots. GoldLink, coming off his wildly successful sophomore album And After That, We Didn’t Talk, has followed it up with a remix album that gives the world a refresher and a new perspective. “I’m personally a fan of every producer on here, I already worked with most of them” he says.

Utilizing SoundCloud as his preferred platform, he made a name for himself with his unique understanding and balance of electronic music and the hip-hop/rap communities; causing him to shoot to the top of the pack, being graced the opportunity to produce records with Kaytranada, Zhu and Chet Faker whom are all masters of their craft.

“I wanted to people to listen to my s***, but I wanted them to dance too,” he says. “We started f***ing with Soulection, reaching out to a bunch of people who were into the same thing…It was just a match made in heaven that came together naturally. I’d definitely say when we started working more closely with them, they helped focus a direction I was already headed towards, and supported it 100%. They continue to dig out the most amazing sounds, and are super committed to pushing culture and community in a way that benefits music us all.”

Featuring reimages from the likes of Motez, Falcons, Brasstracks, Pomo and more, this package extends the shelf life of the original indefinitely as fans of the remixers are given the opportunity to branch off and experience something a little different.

GoldLink – And After That We Didn’t Talk: The Remixes