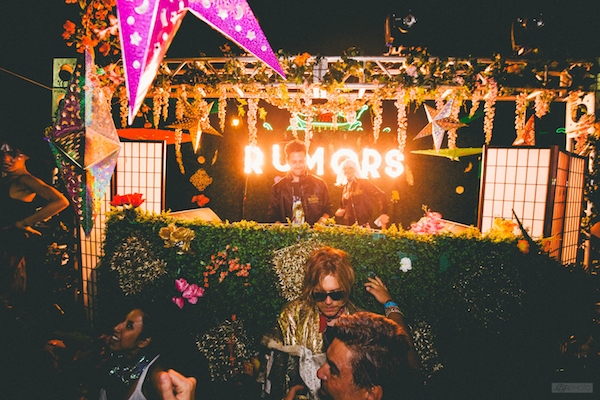 Last weekend one Ibiza’s hottest parties transcended the White Isles and touched down in the heart of Los Angeles. “Rumors” is the name of DJ-producer Guy Gerber’s fabled party concept and it’s just as much about the aesthetic and the people as it is about the music.

Known for taking place in bespoke locations, this one was no different as LA’s historic Chinatown district played host to the event. It didn’t take long for the open air courtyard, Gin Ling Way, to quickly transform into a benevolent block party celebrating the rich Asian cultures found throughout the city. The quaint and culturally inspired aesthetic made you feel as if you were somewhere else entirely, a small East Asian village perhaps; complete with dragon dancers, lanterns, and Asian inspired architecture that lit up the night sky. 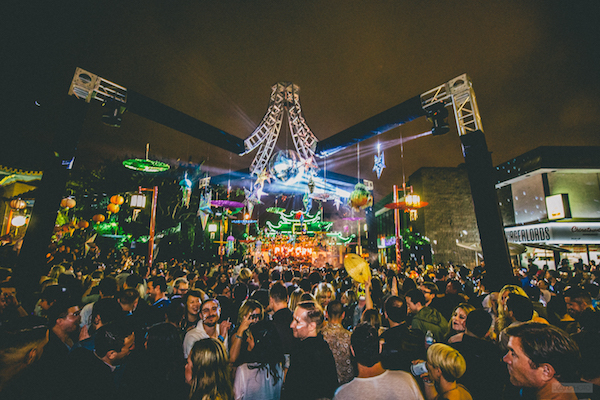 When it was first announced, Rumors, was billed as having extended sets by both DJ Harvey & Guy Gerber. While I’m not sure if I agree calling three-hour sets “extended” it was refreshing to have just two DJs, respected in their own right, on the bill. DJ Harvey opened the party and did a superb job of easing everyone into it with his eclectic mishmash of disco and house-centric psychedelic funk. By the time Guy Gerber stepped onto the decks the place was brimming with energy and charisma. Gerber delivered a very in line Gerber techno set, largely undifferentiated but fully representative of all techno has to offer. Brooding 4/4 drum loops and wistful synth fragments fulfilled all obligations without offering any frills.

The combination of a mature and friendly crowd in a top notch location is a nod to Rumors and it set out to curate for the city of LA. Los Angeles is continuously evolving into one of dance music’s epicenters of the world and one could argue this party did as much for LA and it’s forward thinking dance music scene as LA did for this party and its brand.

All photos by Jamie Rosenberg (Jar.Photo)