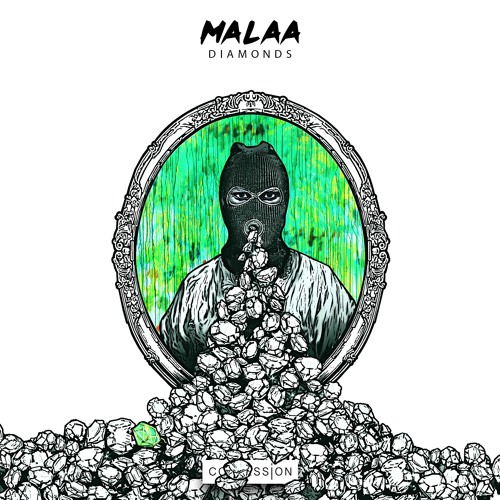 While one prominent masked producer “revealed” himself at EDC Las Vegas this weekend, another is still flying under the radar as a producer to be reckoned with. MALAA, who is presumed to be French due to his connections with French trio Tchami, DJ Snake and Mercer, just dropped ‘Diamonds,’ which you’ve surely heard in his and the other three Frenchmen’s live sets over the last several months.

‘Diamonds’ is another sample heavy experimental future house tune that MALAA has established as his style. Rumor has it that MALAA may not just be French, but could in fact be an alter-ego of one of the three previously mentioned producers. Stylistically, Tchami is the best guess as the one who could be under the mask, but nothing has provided us with significant proof that says it is one of them. Perhaps one day we will learn who MALAA truly is, but we do not expect his reveal to come in the dramatic joking fashion that Marshmello pulled at EDC Vegas. Check out ‘Diamonds’ below, and see why MALAA continues to be lauded as a set worth seeing at all the festivals he has been booked at so far.