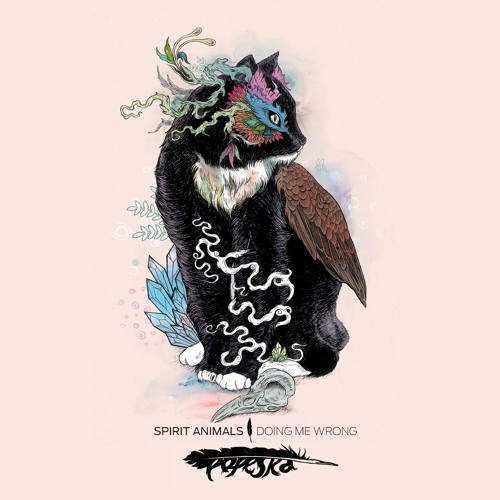 As you’ve probably been able to deduce from our news, the entire music industry is one big madhouse of people with conflicting interests, and often it is impossible for even the artists to get anything done. It is exactly this situation that Ralf Popescu, better known Popeska, has found himself in for the past two years. He describes this in a recent Facebook post, “I’ve made hundreds of songs over the years that never saw the light of day because of the superficial aspects of the music industry and just the general attitude of the people that work in it.” To get the full story on his absence, you can check out the entire post below:

Fortunately, however, he has overcome whatever obstacles were originally in his way, and now, after a two year hiatus, Popeska has finally announced his new album, Spirit Animals. While the entire album has not yet been released, I am thrilled to announce that he has dropped a teaser from the album titled Doing Me Wrong, and oh boy, Popeska did not disappoint. Filled with watery, pulsating saws, it is easy to see that Popeska really poured all his bottled up creativity into this track. Be sure to check it out below, and if you dig it, show the man some love and follow him on Soundcloud.