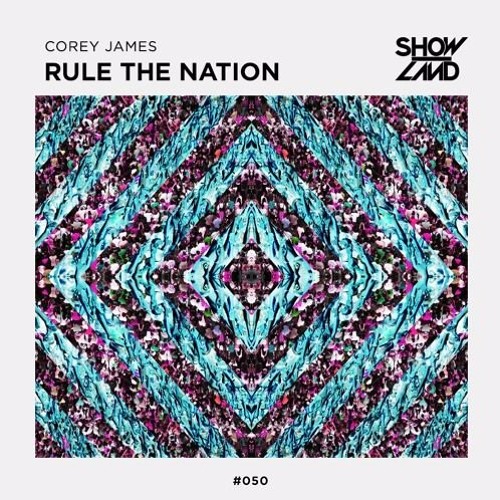 Swanky Tunes’  Showland Records’ imprint, in collaboration with Amsterdam-based record company Armada Music has offered-up premium quality tracks from respectable DJ/producers including the label head-honchos themselves, Yves V, Wasteland, Hugo Cantarra and many more. Now, to celebrates the imprints milestone 50th release, which drops July 4th, Swanky Tunes have chosen to unleash ‘Rule The Nation’, which has been conjured by the UK’s next big star; Corey James.

For 2016, Corey James has already shocased his prowess by signing tracks to imprints including ‘Release Records’, ‘Protocol Recordings’ and ‘Flamingo Records. His debut on Showland Records is also nothing short of spectacular too. ‘Rule The Nation’ oozes diversity; the drops come equipped with a driving bassline which is layered under a potent array of synths and percussion. The break also embodies a suspenseful nature, via the use of mesmerizing arps, before a big-build takes center-stage, to build listeners up the final, hard-hitting drop.