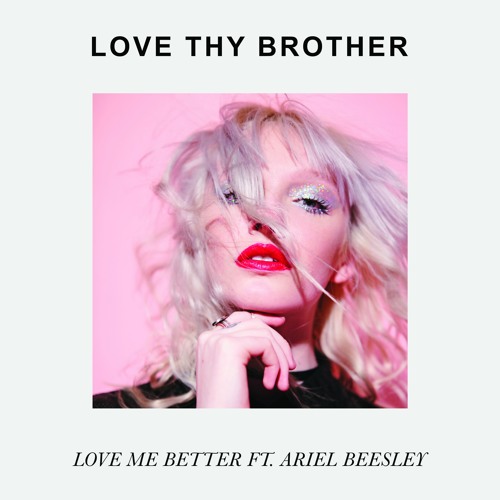 Long after finding success with their remixes, like their deep rendition of Kiiara’s “Feels,” Montreal based duo, Love Thy Brother is here with their debut original: Love Me Better. Prestigiously premiered on Billboard,”Love Me Better” harkens back to the glam sounds of the late 70s and 80s, with massive vocals from Ariel Beesley driving soaring classic synths, a catchy as hell bass-guitar riff, old-school crashes, and a bevy of new-school technique thrown on top to polish things off. Technical prowess and analysis aside, this song is just fun; a top-line that you can’t help but sing along to after your first easy listen makes this song radio ready, or at they very least playlist aux-cord qualified. Check it out here, love it better on Soundcloud, love it better on Spotify whatever suits you!

“This song marks a big moment for Liam and I. Growing up together has had a such huge influence on our music that, in a sense, the track was literally decades in the making.It’s also our first original and opened up a whole new world of challenges and inspiration. Working with LA based Ariel Beesley and Grammy-nominated producer Damian Taylor meant hopping around multiple countries, constant flights and strange studios. It’s a whole different game than what we were used to, but by the end of it, we became really tight to the point where we started touring with Ariel and collaborating with Damian on an ongoing basis.
Love Thy Brother has almost become one big family.”