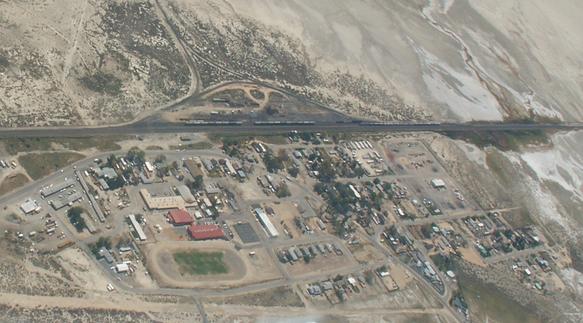 As the burn gets closer and closer, more news continues to emerge about the seven day experience in the north Nevada Black Rock Desert. Earlier, we reported that the folks responsible for Burning Man had purchased a plot of land called Fly Ranch for $6.5 million in June encompassing 3,800 acres for possible year-round activities. Looks like they aren’t done snagging up land in the surrounding area as well.

The last town you pass through before entering Black Rock City, which is only a few miles away, is Gerlach. Black Rock City, LLC has acquired many properties along the main block of the town for $169,993 on July 28 from Giovanni “Bruno” Selmi with the source of the information being the Washoe County records office. Selmi owns Gerlach’s only diner (with an attached bar), gambling hall and motel and is a local hero around these parts.

Running along the railroad at the back of town, two parcels on Fir Street, two on Elm Street and three on Sunset Boulevard are all a part of the deal with them either being zoned for single family residences or just plan vacant lots. No official comment has been made by Burning Man representatives at this time regarding any possible future ideas for the recent acquisition.