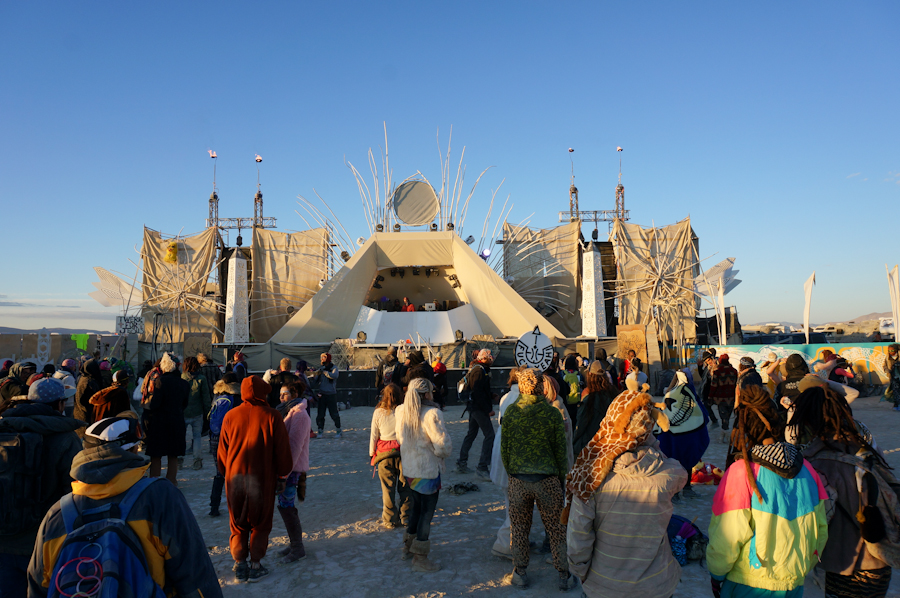 While the amount of bass music has been quietly fading away over the past few years, giving way to Black Rock City staples such as the Robot Heart Bus and the Mayan Warrior, Camp Questionmark has held their own and kept the music flowing throughout the years.

As the Burn encroaches and the Rockstar Librarian music guide ready on Augugt 23rd, it’s pretty safe to start announcing camp schedules because it’s too late for people to show up ‘just for the music.’ Before I go into their dubious lineup, Camp Questionmark had this to say about their efforts leading up to this year:

“After 14 years on the playa, everything we have worked so hard at, as a Camp, has led us to this point. This is the culmination of creators & artists coming together to do something completely for the love of it, rather than monetary gain. We are overwhelmingly humbled and grateful to be giving you this gift to the playa. For what is undoubtingly our biggest year at Burning Man yet! Thank you to everyone that’s been down for the camp in any way up to now.”

Diplo and Skrillex return, with some additions like Rusko, The Glitch Mob and Griz, all heavy hitters in their own right and provide a much needed edge that will for sure be packing people out into the streets. Other notables include Beats Antique, Human Experience, Mr. Carmack, Soulacybin and more grace their lineup for their five days of operation.