Dillon Francis & NGHTMRE Auctioning Themselves for $200,000 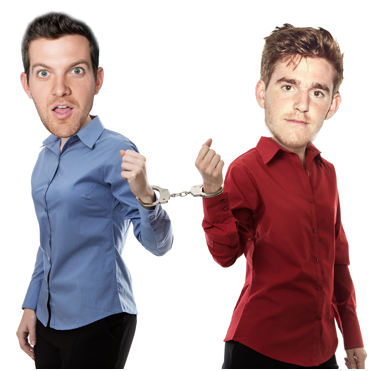 If there is one thing that we can probably always rely on, it is that Dillon Francis will forever remain a class clown. The ‘Awesome Shit’ section on his merchandise website is dedicated to some crazy stunts and products. One of the latest additions is for him and NGHTMRE to be handcuffed to each other for an entire week if the $200,000 offer is bought.

But would they really pull this off? Probably not. A close inspection of his terms and agreements states that “Dillon has the right to refuse purchase” and “Dillon can take up to one year to fulfill the item.” Still, their little joke is quite hilarious and would be fun to see if actually realized. Dillon has taken people up on their purchases before, as he once babysat a fan. It’s also important to note that the money does go to charity. Of course, deadmau5 offered his insight into the matter.

i’d pay an extra 200k to be able to handcuff them both to either a hungry polar bear, or a v8 powered wood chipper. https://t.co/SkUni4IiJG

Whether this will actually happen or not is hard to tell. But if there is anything that stands true with this situation, it’s that this would be incredibly entertaining to see.