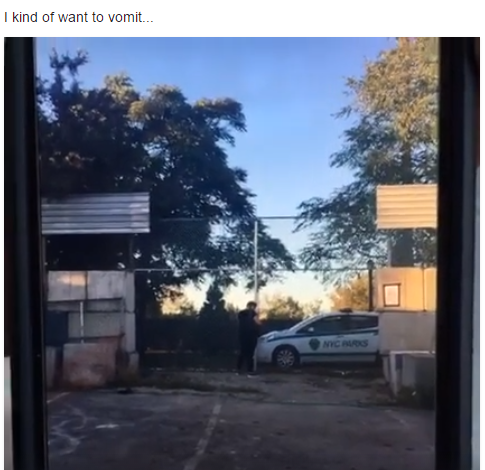 I just got home from working the Kaskade Redux event in Brooklyn. We got official word it was cancelled at 7pm, right as Kaskade was supposed to go on. That’s right, not only did none of the openers go on, the doors never opened. I was there working with DanceSafe at the gracious invitation of Mean Red. We were going to be doing harm reduction, which given Kaskade’s blog post last week, was something we were all thrilled to be able to do. Sadly, it was not meant to be, as the Parks Department ordered the event to be shuttered, 3 hours after the doors were supposed to open. Kaskade took to Facebook about 5 hours ago, before the official announcement on Twitter, confirming the story we got when we were told to pack up by security. Apparently two days ago, the NY Parks department put up a fence in front of the only fire exit at the Brooklyn Gowanus Terminal.

Out of my hands.
When I say I’m devastated I’m not exaggerating. Nobody wanted this night more than me. Nobody.#ReduxNYC is cancelled.

On the Facebook video, Kaskade also mentions that he was told not to show up to the venue. He was told that if he went to say hi to the fans “there would be problems” and the party would “definitely be shut down.” So he was forced to hang out on the stoop, waiting for information. And he did, while hanging with his fans on Facebook Live for almost half an hour. This was a tremendous outreach, something reminiscent of Claude Von Stroke’s efforts to deal with delays in opening the same venue for the DirtyBird BBQ in 2015. He sat there, fielding venue requests (shout out to whoever recommended Twilo), staving off a mental breakdown, and genuinely being pissed the fuck off that this happened.

At 16:52 in the FB Live video, when Kaskade mentions conspiracy theories, he may not know that DirtyBird BBQ was supposed to be at this venue one week earlier, but right at the last minute, they were forced to move to Governor’s Island, with disastrous consequences. One big limitation of the Governor’s Island Beach Club venue is the fact that cars & trucks can’t get on the Ferry to the island during the weekend. This requires food trucks and vendors to plan far more in advance. Because of this last minute venue change a number of the food trucks dropped out, and the DirtyBird BBQ ran out of food, which pissed off hundreds of people. It seems this Brooklyn Terminal venue may be more trouble than its worth, but one has to wonder what prompted this fence to go up, and why neither Mean Red or Kaskade’s team were notified by the venue after a governmental agency created a fire hazard.

I want to emphasize that throughout the 4hrs we spent ready to do harm reduction, the staff treated us all impeccably. Kaskade’s team? On point. Mean Red? The same. I feel terribly for the bartenders, food trucks and vendors that expected to do a full day’s work and were boned by the city. This was fully beyond the control of Kaskade, and in no way his or Mean Red’s fault. If you want to blame anyone, let these people know how you feel.