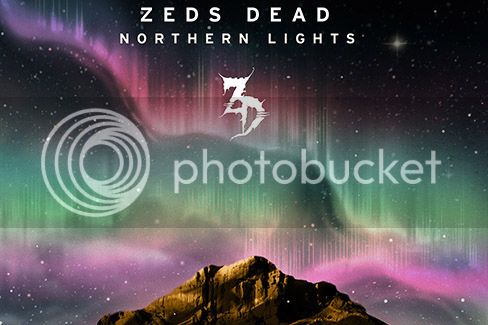 Zeds Dead had a massive 2015, headlining festivals around the world and dropping one of the biggest remixes of the year with Jack U’s, “Take U There”. But they’re not done. In fact, they’re just hitting their stride. Today, they released the full track list from their upcoming album, Northern Lights.

We got a first glimpse into the album with, “Blame” their collaboration with Diplo and Elliphant. The latest single, “Stardust” featuring Twin Shadow is heavy yet a swanky chilled out tune that’s a unique style from the duo. It’s safe to say we can expect more interesting tracks looking at other collaborators including Jadakiss, Dragonette, Pusha T, and Rivers Cuomo, the lead singer from Weezer.

Their Northern Lights tour that just kicked off will definitely feature most of these new tracks and you can grab tickets for those live shows here. Otherwise, be patient for the full album which drops in two weeks on October 14th. Out of all the dates on the tour, one might say Minneapolis got the luckiest, a live show on the date the album is dropped. Can anybody say album release party?