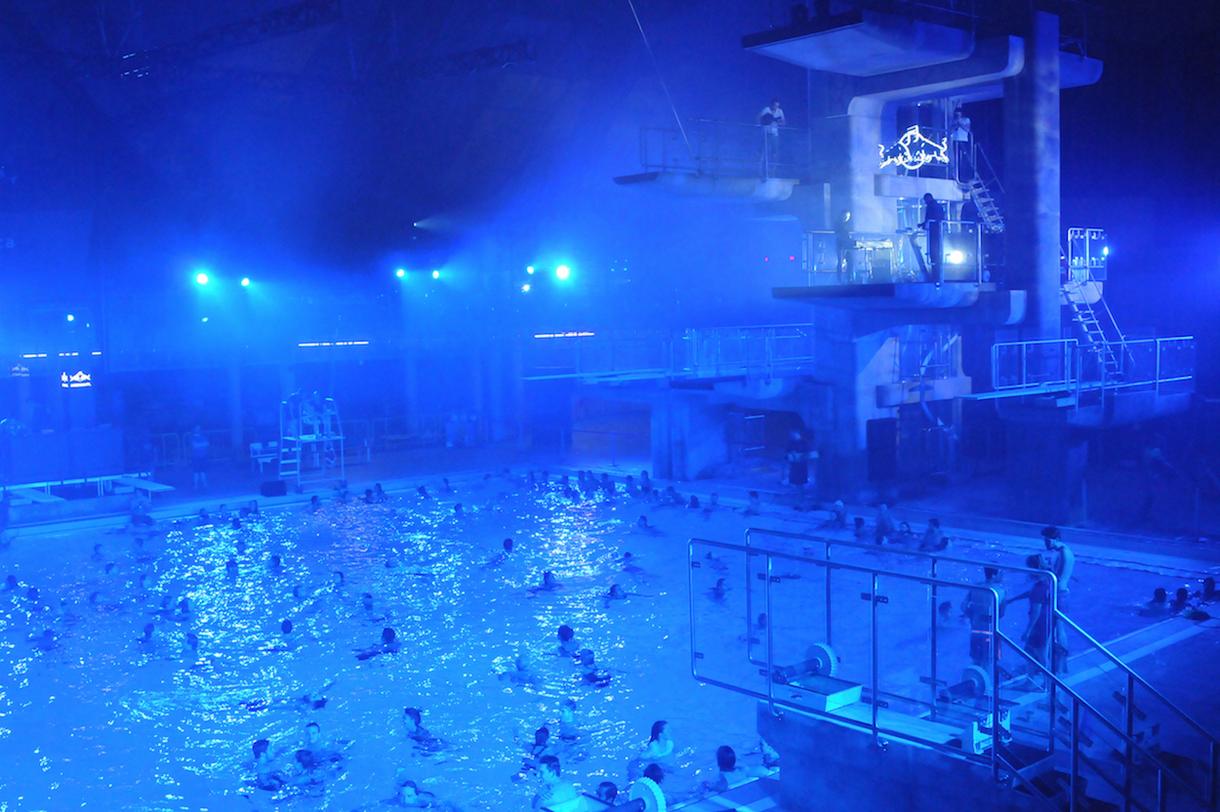 Once upon a time, in 1976, Montreal’s Olympic Park created venues that were used during the Summer Olympics. The Red Bull Music Academy decided to bring it back its former glory by turning it into a giant underwater dance club.

This past weekend the RBMA transformed the formal Olympic venue into a “multi-layered listening environment”, meaning that attendees had the option to listen above and under water. This was made possible by Wet Sounds’ sound system, who’s specialty is being able to make music be heard underwater. The company states that they “use physics and experimental compositions to make music for a different kind of pool party”. The idea came about 10 years ago and the company has been doing events since their first appearance in 2008.

The Montreal Olympic Pool was the company’s latest venue where they situated their advanced sound system underwater for fans to enjoy. No one missed a beat if they even dipped underwater for a few seconds. The lineup at this electro pool party was up to par with the impressive venue, with music from Italian house DJ Lorenzo Senni, Detroit’s electro Dopplereffekt, and headliner DJ Stingray.

Check out some of the fascinating images below. 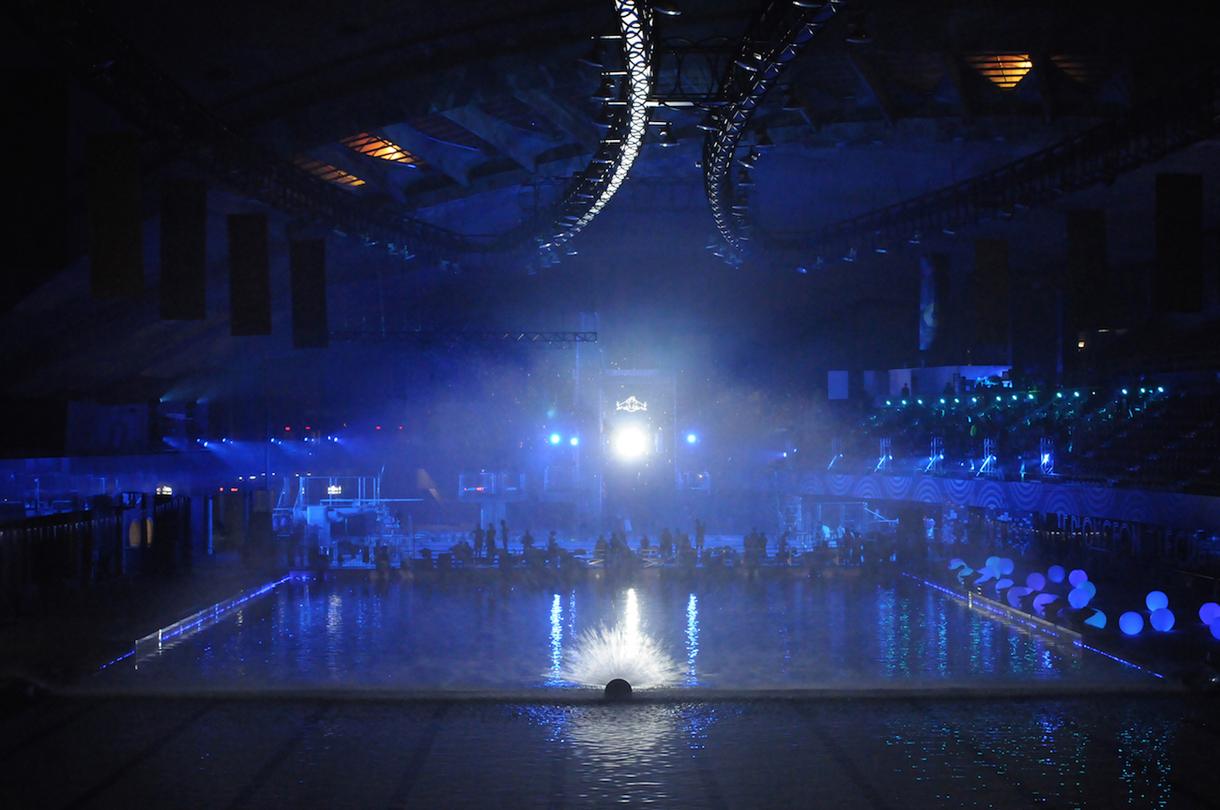 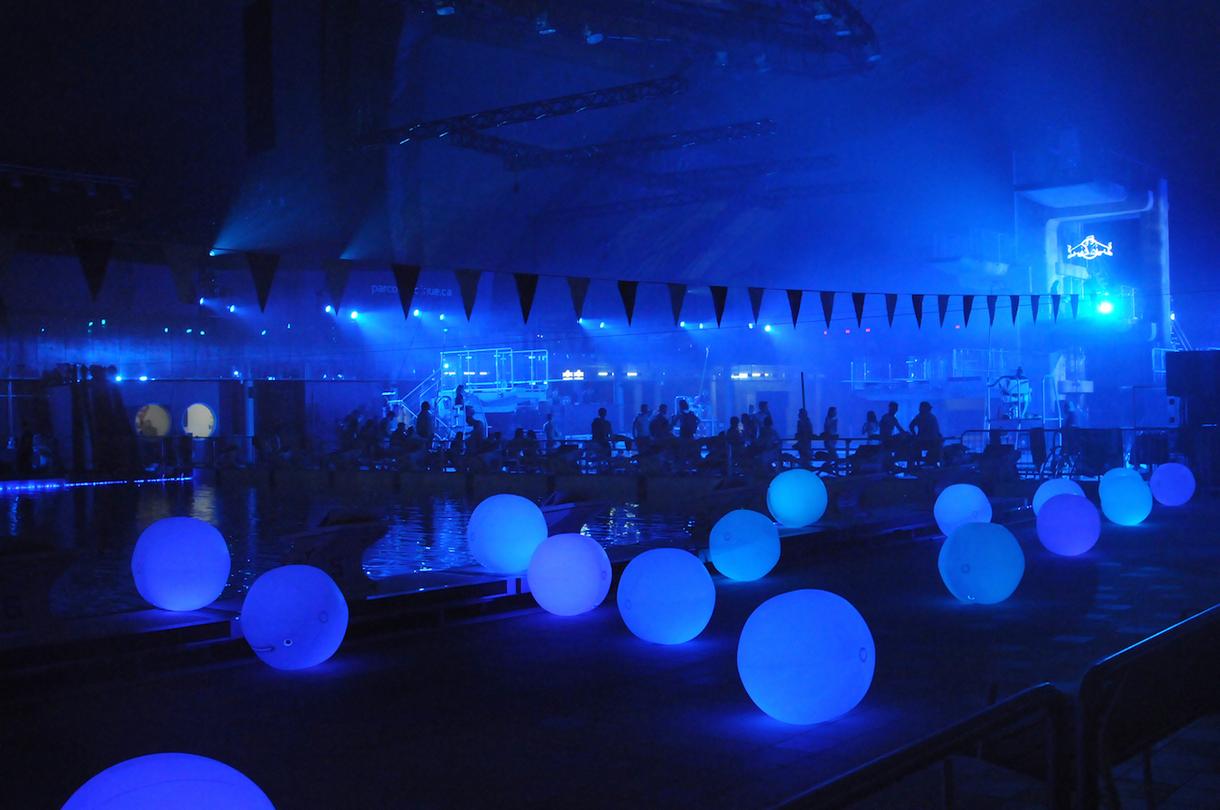 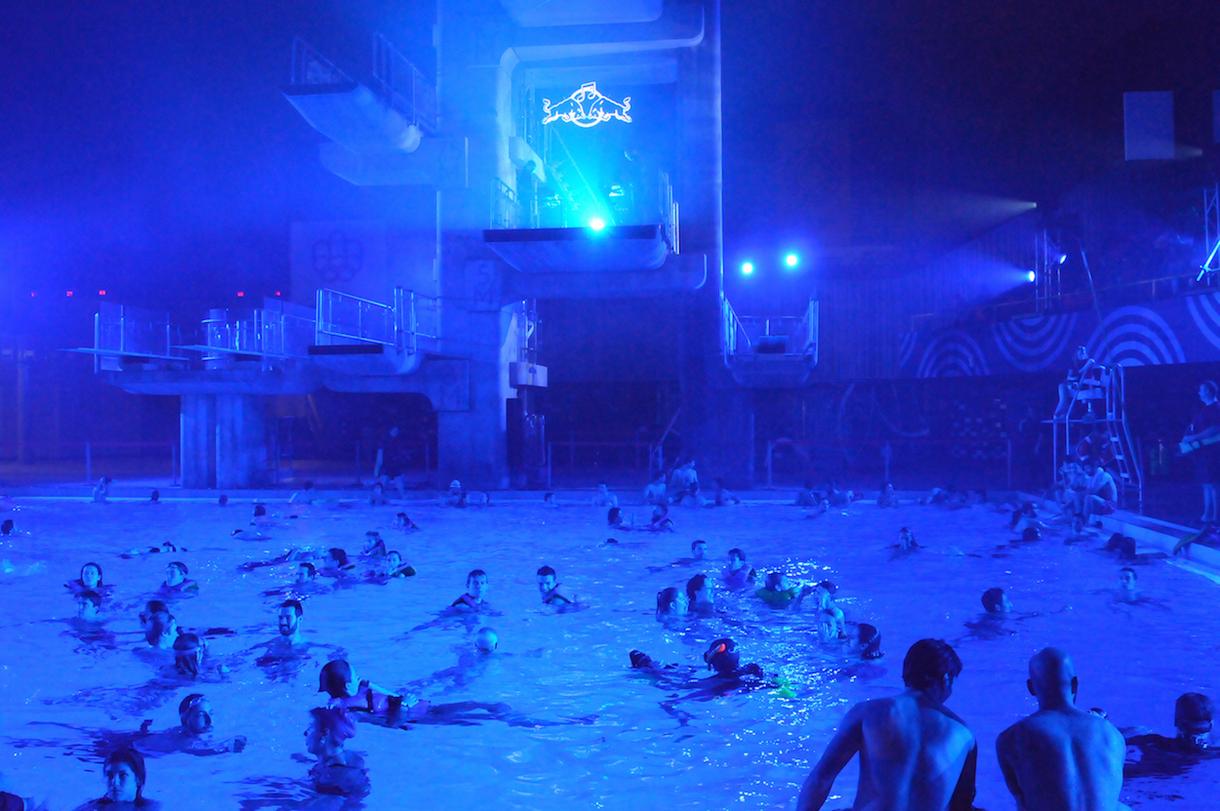 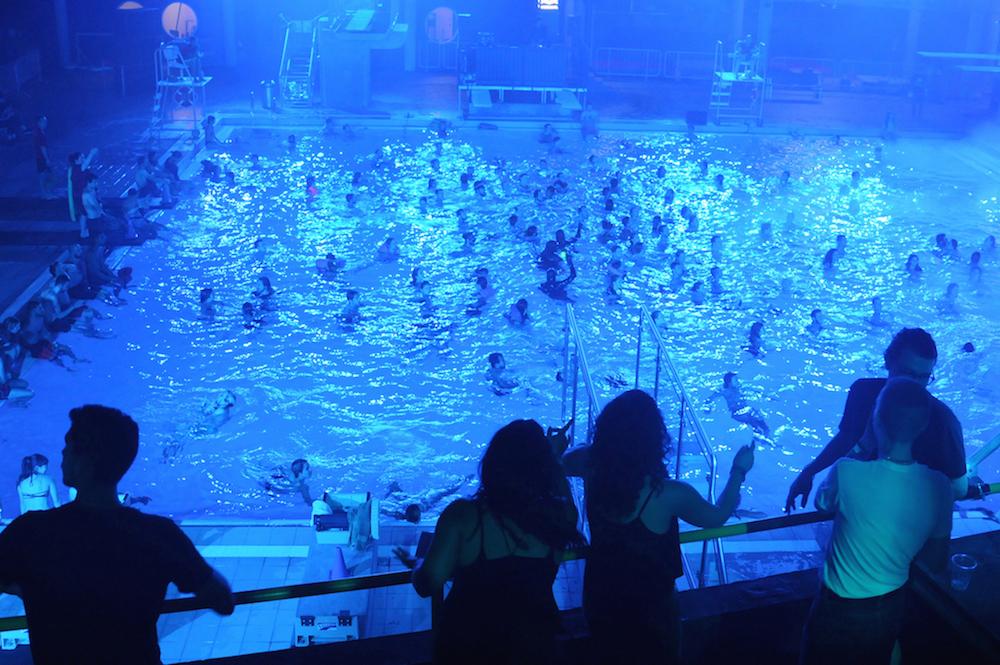 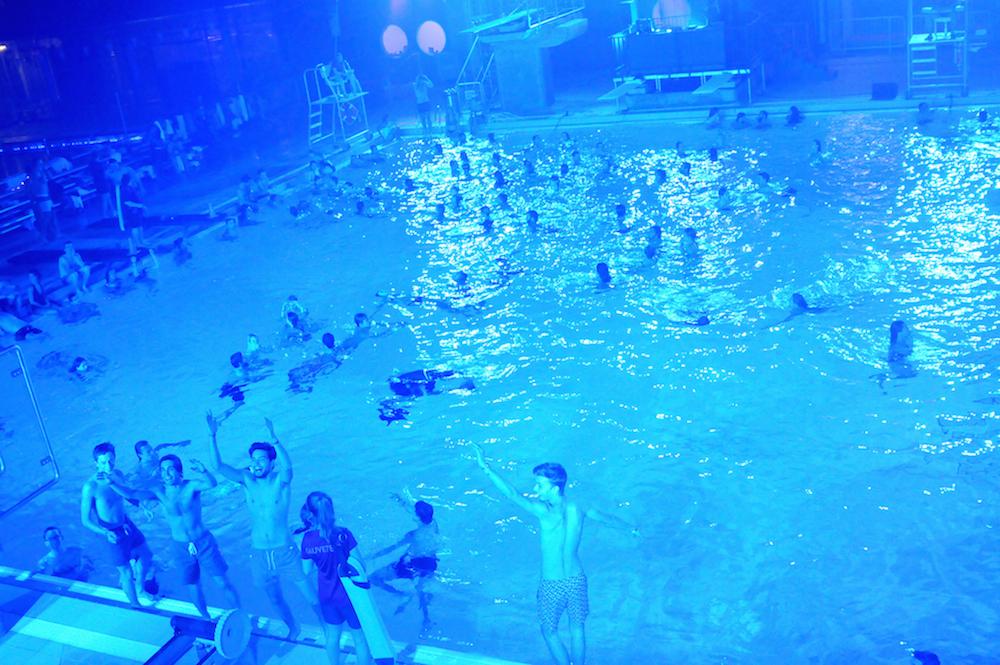 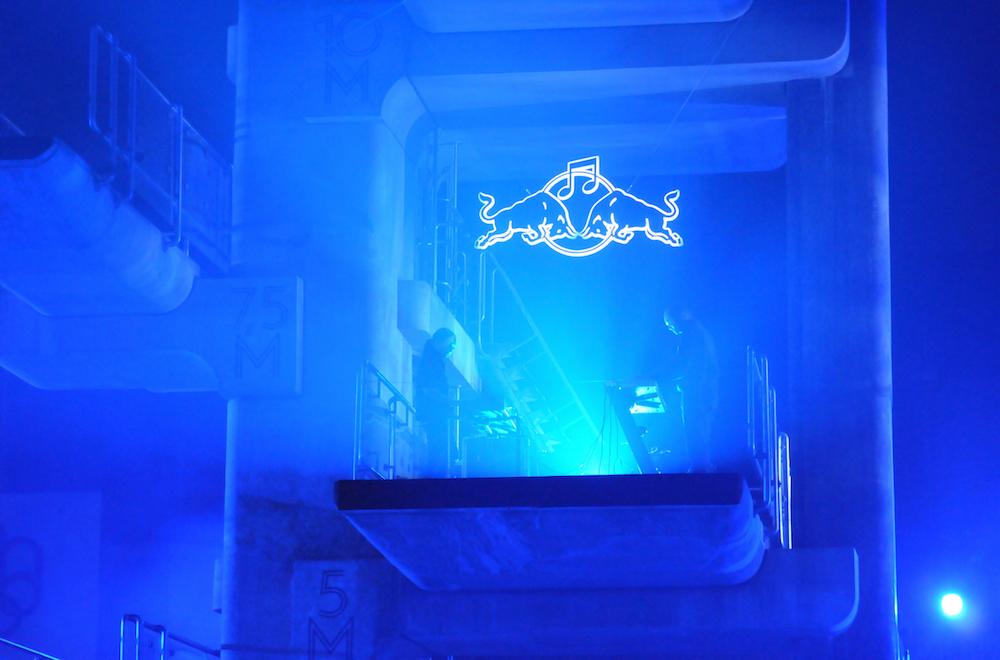 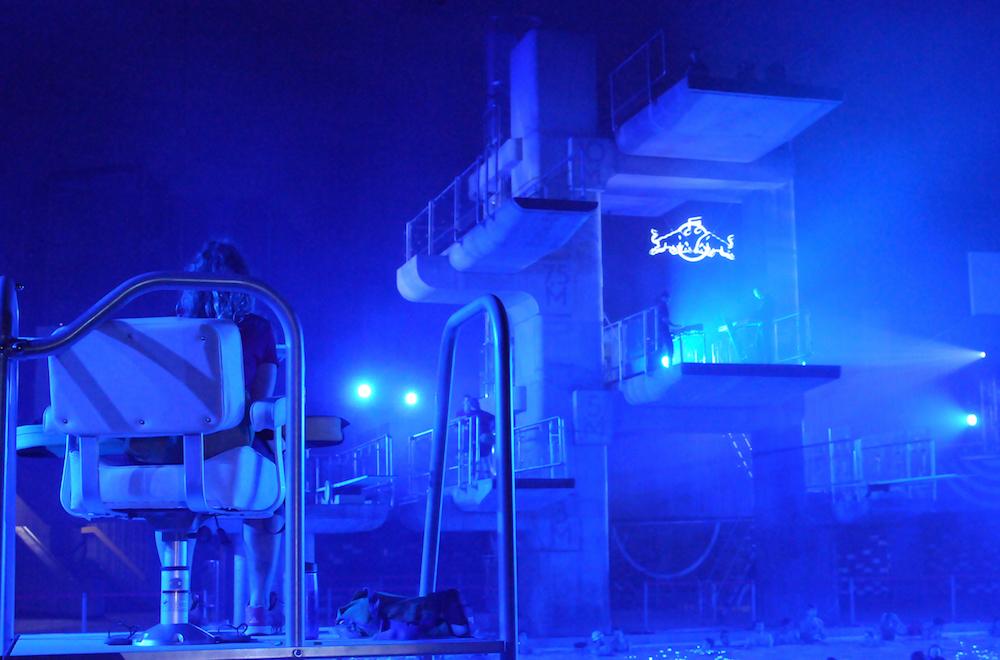 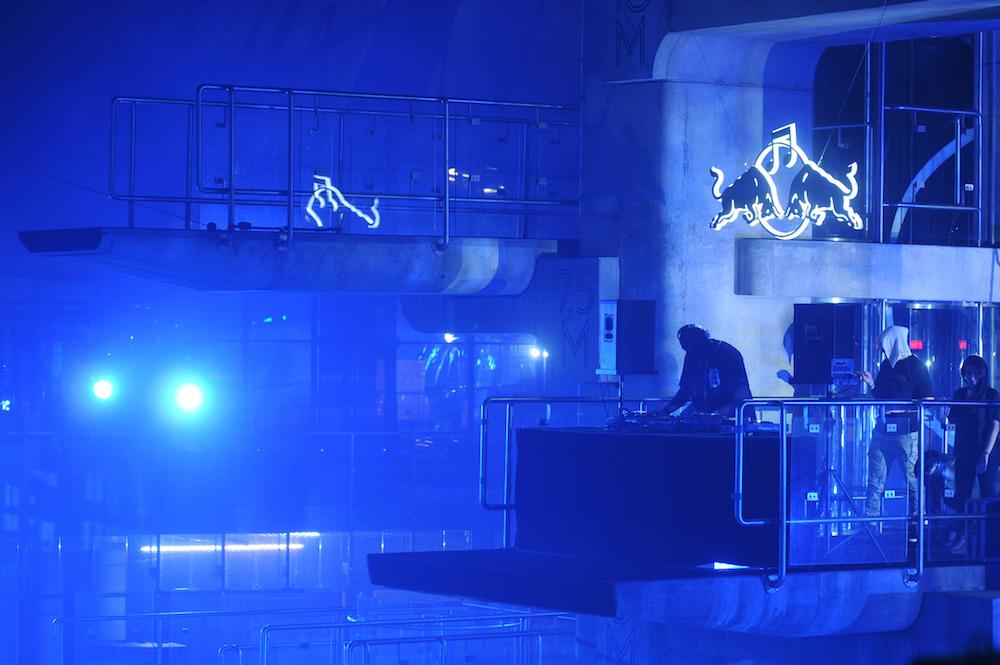 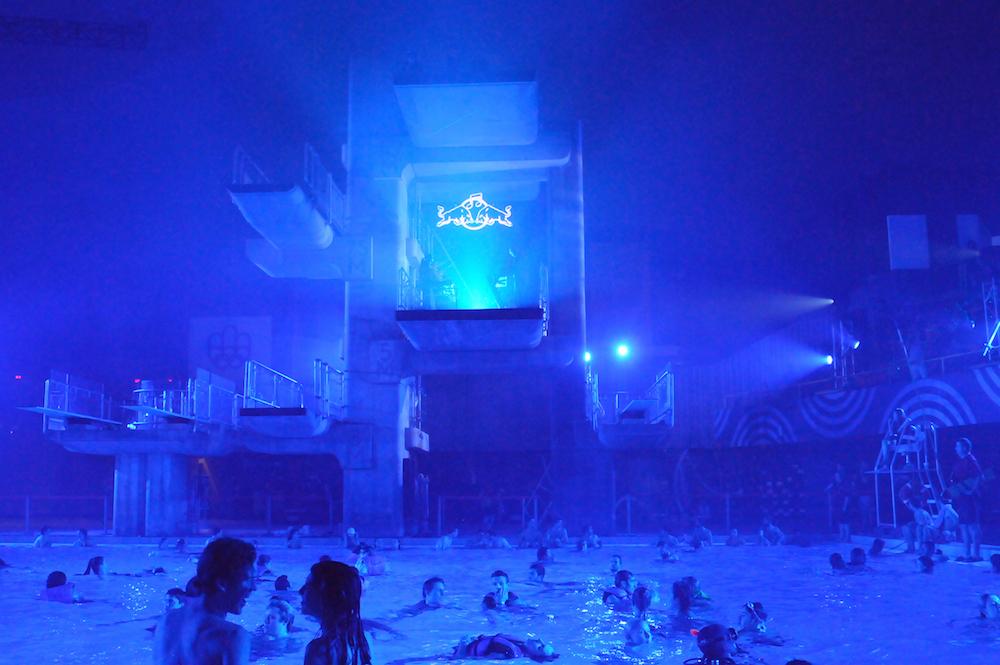 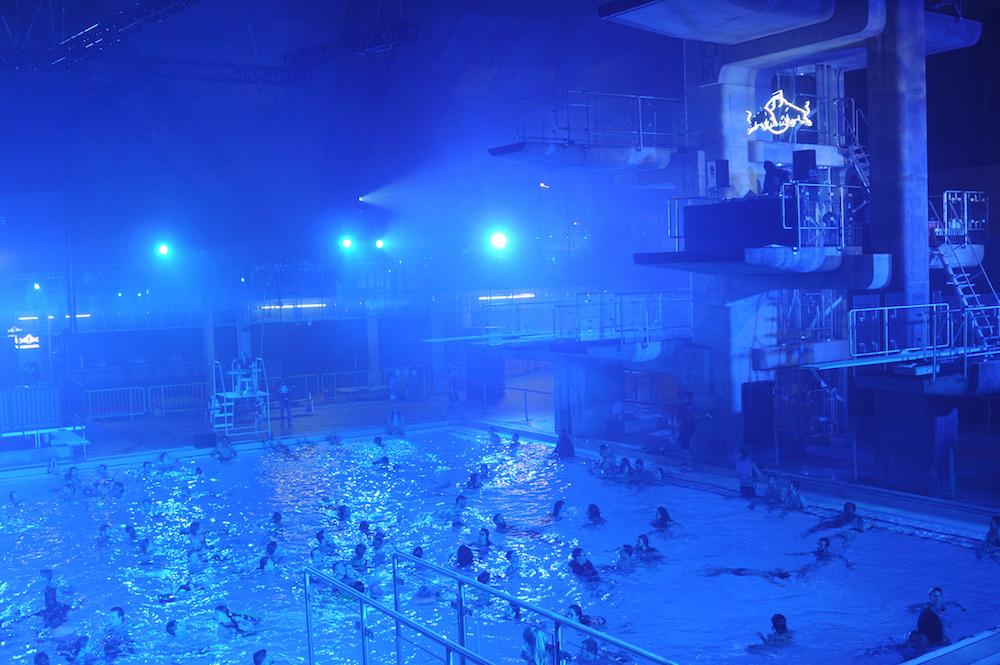 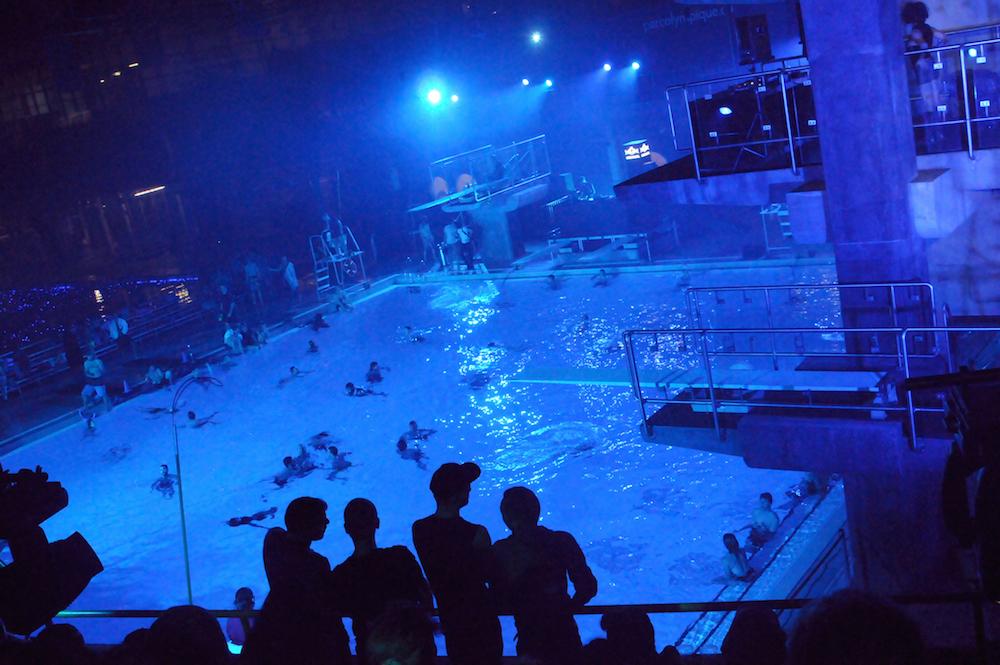